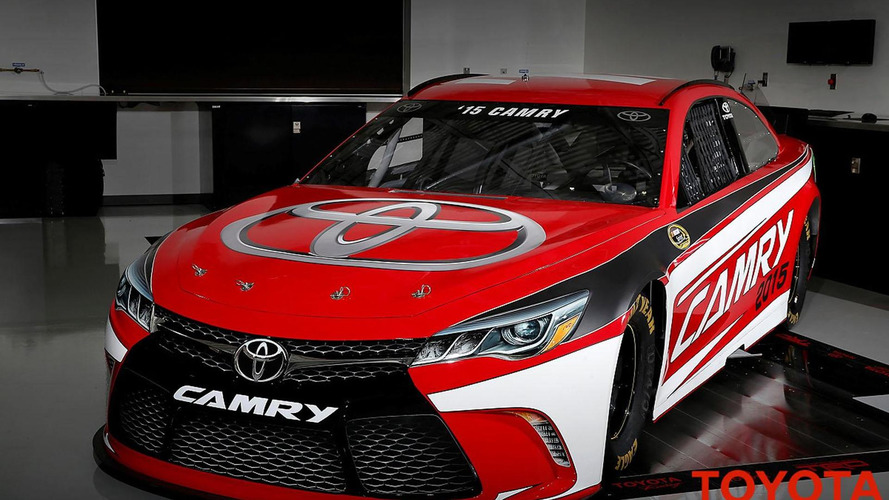 Toyota has taken the wraps off their new Camry race car which will compete in the NASCAR Sprint Cup Series.

Toyota has taken the wraps off their new Camry race car which will compete in the NASCAR Sprint Cup Series.

Drawing inspiration from the 2015 Camry, the race car features a new front fascia which closely resembles the road-going model. The race car also has a new hood, rear end and quarter windows that contribute to the "sleeker look."

According to TRD President David Wilson, “A lot of hard work has gone into redesigning the 2015 Camry race car for NASCAR competition. It was a challenging process balancing performance and design, but working closely with Calty Design, NASCAR and our race team partners, we were able to develop a race car that looks similar to its production counterpart -- and provide a performance upgrade on the race track.”

Toyota was coy on performance specifications but said the race car will make its debut at the Daytona International Speedway during February’s ‘Speedweeks.’