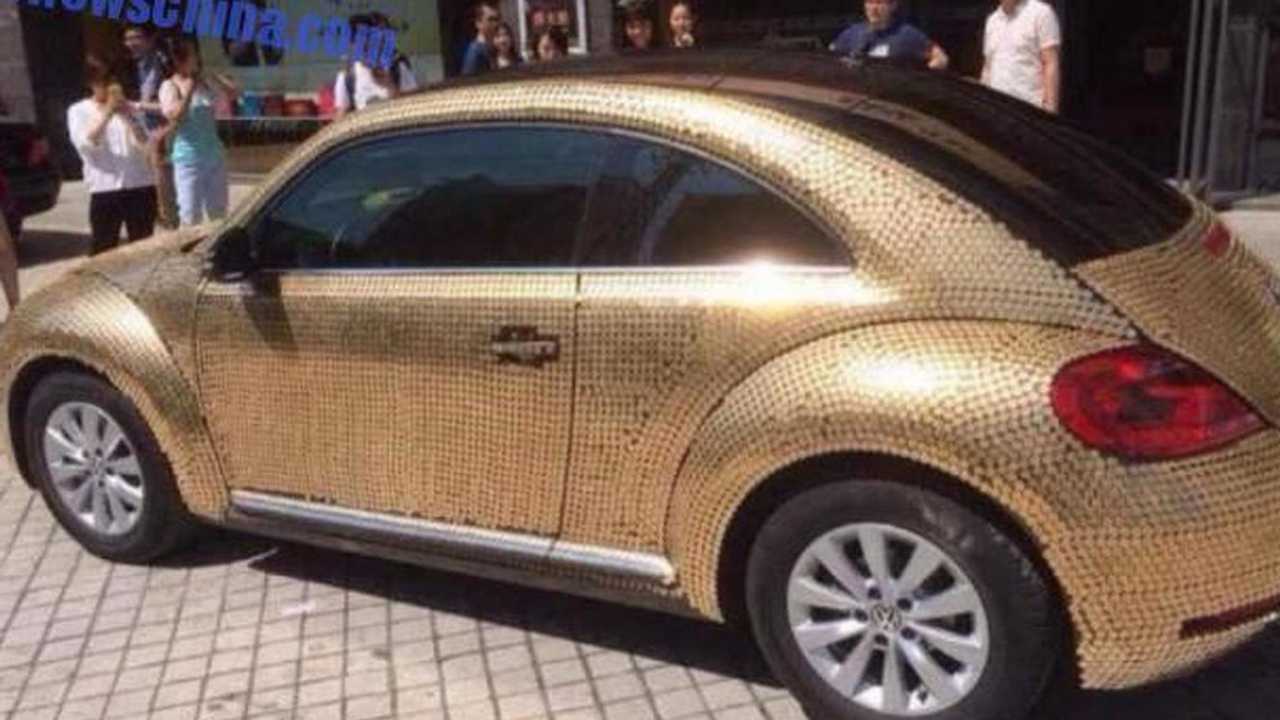 The latest generation Volkswagen Beetle has been fitted with more than 10,000 coins in China.

The latest generation Volkswagen Beetle has been fitted with more than 10,000 coins in China.

Back in May we saw the classic Beetle covered with 50,000 pieces of oak by a pensioner from Bosnia and now a middle-aged woman from China decided to do something similar with her modern Beetle. At first she applied a wrap on the car’s body and then hired two people to glue more than 10,000 coins collected over a period of five years.

The entire process took 40 hours during which the equivalent of $800 was glued onto the entire body of the car with the exception of the roof. As you can see in these images from Fuzhou city in China, they didn't do a very good job or maybe it was because of the glue as some of the coins have already fallen off the body.