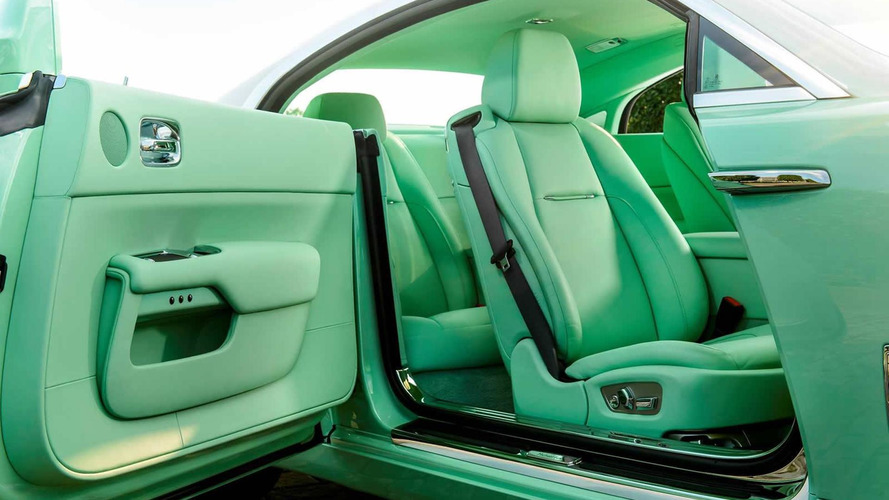 Earlier this year, founder of mattress company Sleep Innovations had the misfortune of finding out his precious Ferrari Enzo was heavily damaged by a mechanic who took his car for a joyride but now he should be happy after receiving his striking Wraith. Described by Rolls-Royce as being "special in every respect", the bespoke Wraith comes with an unusual lime green & cream exterior color combination.

For the elegant interior cabin, Michael Fux chose a full lime green look and it seems green is his favorite color as he also owns a McLaren P1 by McLaren Special Operations (MSO) featuring a darker tone of green also applied onto the wheels. He probably has just about the same tastes as Jamiroquai's Jay Kay who owns a spectacular Kermit Green LaFerrari.