We’re waiting for VW to make it official.

Volkswagen is pushing hard into electric vehicles with its ID sub-brand. The company already offers the ID.3 and the ID.4, and soon there could be an ID.5. The next ID model to arrive will be an ID.4 variant, making its exact name difficult to pin down. It could be called the ID.4 Coupe, the ID.4 GTX, or the ID.5. While its name remains a mystery, its appearance does not, as the latest batch of spy shots show the crossover wearing little camouflage.

This isn’t the first time our spy photographers have spotted the coupe-like crossover out in the wild without any coverings. Previous spy shots have shown the model time and again looking ready for production, but VW has yet to officially reveal it. That could change soon as the company has announced it’ll reveal the ID.4 GTX later this month – if what we call the ID.5 here is actually the ID.4 GTX. We’ll know soon enough.

The shots show us a crossover that looks very similar to the ID.4, though VW did tweak its styling. It sports a more rakish rear window paired with a different tailgate that accommodates the sleeker design. Below that is a bumper with fake dual exhaust, suggesting this is the sportier variant. The ID.5’s interior should be similar to what’s available in the ID.4. 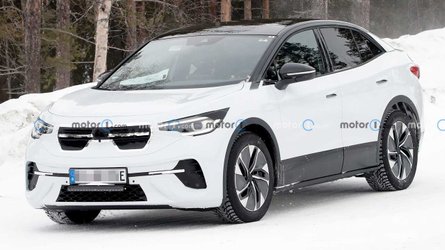 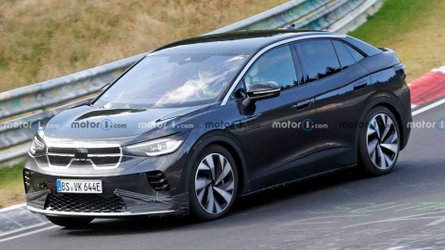 VW ID.5 GTX Spied Scooting Around The 'Ring With A Fake Grille

The sharing should go beyond looks as the ID.5 will share its powertrains with the ID.4. That means the new model will arrive with a rear-wheel-drive variant making 201 horsepower (150 kilowatts) with an all-wheel-drive, dual-motor setup available with 302 hp (225 kW). We’ll better know VW’s plans going forward on April 28 when it pulls the covers off the ID.4 GTX, and we get our first good look at that model. VW has already said it won’t bring the ID.5 to the US.