It promises six-cylinder smoothness with diesel-like torque at low rpms.

[UPDATE] In an e-mail sent to Motor1.com, Maserati has announced the Levante Hybrid and Ghibli Hybrid will not be available in the United States and Canada for the time being.

Electrification is inevitable, even at the top of the food chain. Maserati hopped on the hybrid bandwagon in July 2020 with the mild-hybrid Ghibli and now it's giving the Levante the same 48-volt treatment. Coinciding with the SUV's electrical infusion is a new GT trim level and subtle revisions that debuted with the vehicle's 2021 model year.

But first, here are the specs. At the heart of Maserati's electrified SUV is a turbocharged 2.0-liter gasoline engine with four cylinders and a mild-hybrid setup. As seen in the Ghibli, it produces 330 horsepower at 5,750 rpm, but the 450 Newton-meters (332 pound-feet) of torque kick in much sooner, at 2,250 rpm rather than 4,000 rpm as is the case with the sedan. It prompts the Modena-based automaker to say the Levante Hybrid has diesel-like torque in the low-end rpms while offering the smoothness of a six-cylinder gasoline mill.

The acceleration from naught to 62 mph (100 km/h) takes six seconds flat en route to a top speed of 149 mph (240 km/h). These numbers are slightly worse than the sedan's 5.7-second sprint and 158-mph velocity, but that's to be expected since the Levante Hybrid is heavier. It tips the scales at a hefty 2,090 kilograms (4,067 pounds) without actually being a plug-in hybrid, which would've made it even heavier.

Equipped with all-wheel drive, air suspension, and a mechanical limited-slip differential at the rear as standard equipment, the Maserati Levante Hybrid delivers V6-like performance while cutting fuel consumption by 16 percent. The silver lining of its heft is the ideal weight distribution, split evenly between the two axles after mounting the hybrid-related battery in the back.

Stellantis Is Giving Maserati The Attention It Deserves: 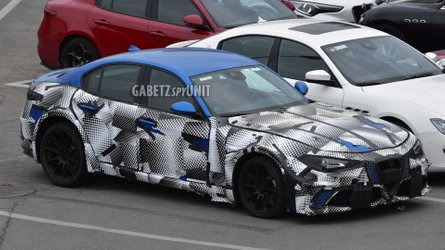 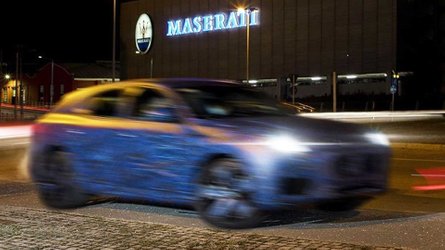 It's dressed to impress in a new three-layer metallic blue shade called Azzurro Astro complemented by additional blue accents noticeable on the three side air intakes, brake calipers, and the logo adorning the C-pillar. The Levante Hybrid sits on 21-inch wheels and uses the revised headlights seen on the 2021MY, which also gained an upgraded 8.4-inch touchscreen joined by the seven-inch driver's display.

Maserati is already accepting orders in Europe where it will commence deliveries from June.