Volkswagen's electric offensive is in full swing and the ID.6 represents the largest member of the company's dedicated EV lineup for now. Available exclusively in China, the purely electric SUV is a bigger brother of the global ID.4, and much like the five-seat-only model, it's available locally in two separate versions.

VW's joint venture with FAW will produce the ID.6 Crozz whereas the other joint venture with SAIC will be responsible for the ID.6 X. Mechanically, they're virtually identical, with the most notable changes being represented by the slightly different LED headlights and taillights along with unique bumpers. Both remain fairly similar to the ID.4, with the obvious exception of the larger footprint as denoted by the bigger quarter glass.

Much like the ID.3 and ID.4, the new EVs ride on the VW Group's MEB platform shared with the Skoda Enyaq iV as well as the recently introduced Audi Q4 E-Tron and Q4 Sportback E-Tron. To accommodate the third row, VW has stretched the ID.6 to 4,876 millimeters (192 inches), thus making it nearly 300 mm (11.8 in) longer than its kid brother.

Get Acquainted With Its Little Brother: 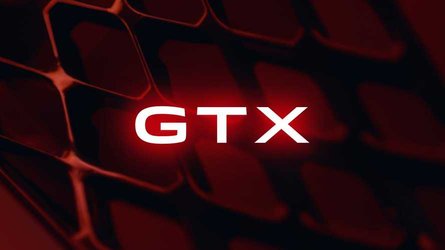 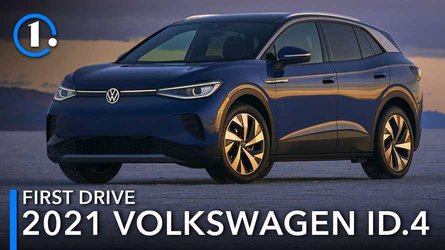 We're expecting this dual-motor, all-wheel-drive configuration to be installed in the recently teased ID.4 GTX. Logic tells us the smaller model will be quicker given the lower curb weight as the ID.6 tips the scales at 2,280 kilograms (5,026 pounds). Both the Crozz and X versions of the seven-seat electric SUV will be electronically capped at 99 mph (160 km/h).

The ID.6 will be offered with a base 58-kWh battery and a larger 77-kWh pack, featuring enough juice for 271 to 365 miles (436 and 588 kilometers), respectively. Bear in mind these ranges are based on the China NEDC, so if the electric SUV will ever come to the United States and/or Europe, the official range will be significantly different.

VW will launch no fewer than eight ID-badged models in China by 2023 in its quest to have 50 percent of its annual sales represented by fully electric vehicles by the end of the decade.