Porsche Cayman facelift spied in action on the Nurburgring [video] 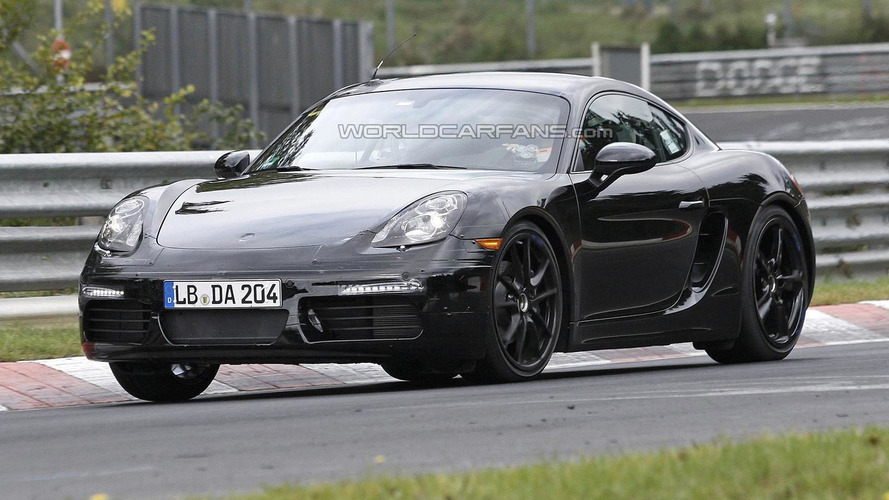 A prototype of the 2016 Porsche Cayman facelift has been filmed while undergoing testing on the Nürburgring in Germany.

A prototype of the 2016 Porsche Cayman facelift has been filmed while undergoing testing on the Nürburgring in Germany.

In typical Porsche fashion, the facelifted Cayman will only bring subtle updates compared to the current version which will include a mildly revised front bumper incorporating strips of LED daytime running lights. Modest tweaks will also be applied onto the exterior mirrors and also at the back where the bumper will be equipped with a different diffuser. The headlights and taillights will also be going through minor surgery as their designs are kept hidden underneath stickers on this prototype.

Since this is a facelift of the current generation, the already announced four-cylinder engines will not be available for the existing Cayman as these are programmed to arrive in the next generation. The four banger engine family is believed to kick off with a 1.6-liter rated at 210 bhp (156 kW) and continue with a 2.0-liter developing 286 bhp (213 kW) while the most powerful of the bunch will reportedly be a 2.5-liter outputting 360 bhp (268 kW).

Until these engines come out, expect the Porsche Cayman/Boxster facelift duo to go on sale sometime in 2015. Likely coinciding with the facelift's launch will be a hot GT4 derivative (name not confirmed) of the Cayman which will allegedly get a flat-six twin-turbo 3.8-liter engine with as much as 444 bhp (331 kW).