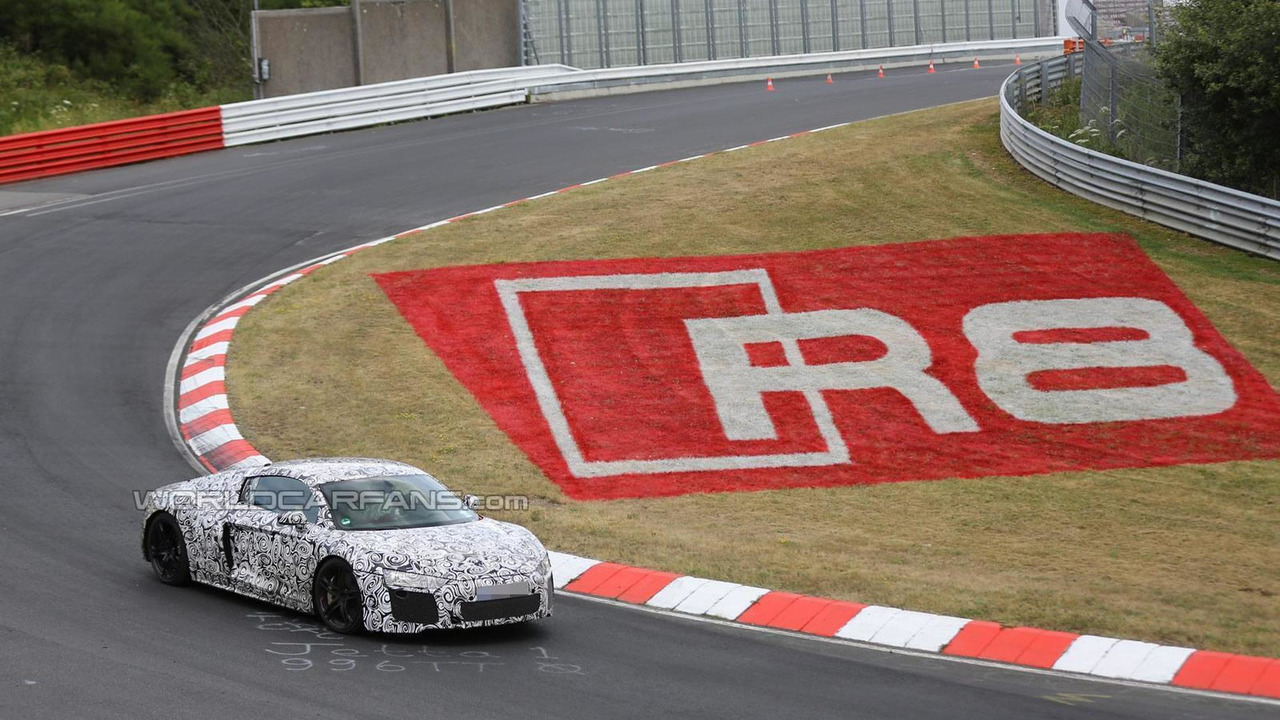 Hackenberg said during an interview with CAR that Audi is capable of doing an R8 plug-in hybrid as seen in the Lamborghini Asterion concept which uses the R8's platform. In addition, the second generation of the supercar will also get an all-electric e-tron variant which will provide a range of more than 400 km (250 miles).

However, the two alternatively-powered R8s will be launched later during the car's life as initially Audi will offer its halo model with uprated versions of naturally aspirated V8 4.2 and V10 5.2 engines which will not be available with a manual transmission as the motors will be paired exclusively to a dual-clutch seven-speed gearbox sending power to the quattro all-wheel drive system.

Hackenberg confirmed the second-gen Audi R8 will be launched next year and it is believed the model will enter production in June 2015 and will be followed in mid-2016 by the R8 Spyder. There are also talks of an R8 TDI slated for a 2017 release with power coming from either a V8 4.0-liter or a V10 5.0-liter TDI. Moreover, Audi has already confirmed later on the R8 will be available with a smaller turbocharged gasoline engine.

A public debut for the 2015 Audi R8 Coupe will likely occur March next year at the Geneva Motor Show.