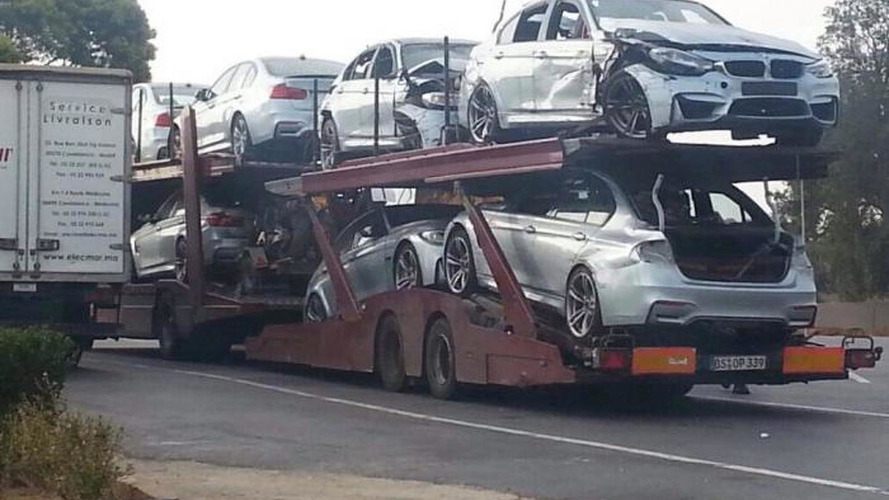 Several damaged BMW M3s were spotted on a trailer after being used during Mission Impossible 5 filming.

Several damaged BMW M3s were spotted on a trailer after being used during Mission Impossible 5 filming.

About a month ago we saw the brand new BMW M3 F80 with Silverstone II paint being trashed around while filming in Morocco for the fifth instalment in the Mission Impossible franchise. Now, some of the cars have been photographed by a Motor.es reader while preparing to cross the Gibraltar and as you can see they have all been seriously damaged on the film set.

We don’t know for sure but chances are the cars sitting on the trailer only have the M3 body, wheels and brakes as the rest of the components are taken from lesser versions of the 3-Series since it would be a waste to use 100 percent real M3 F80s.

Starring Tom Cruise, Alec Baldwin and Simon Pegg, the fifth Mission Impossible movie will be out in United States on December 25, 2015.