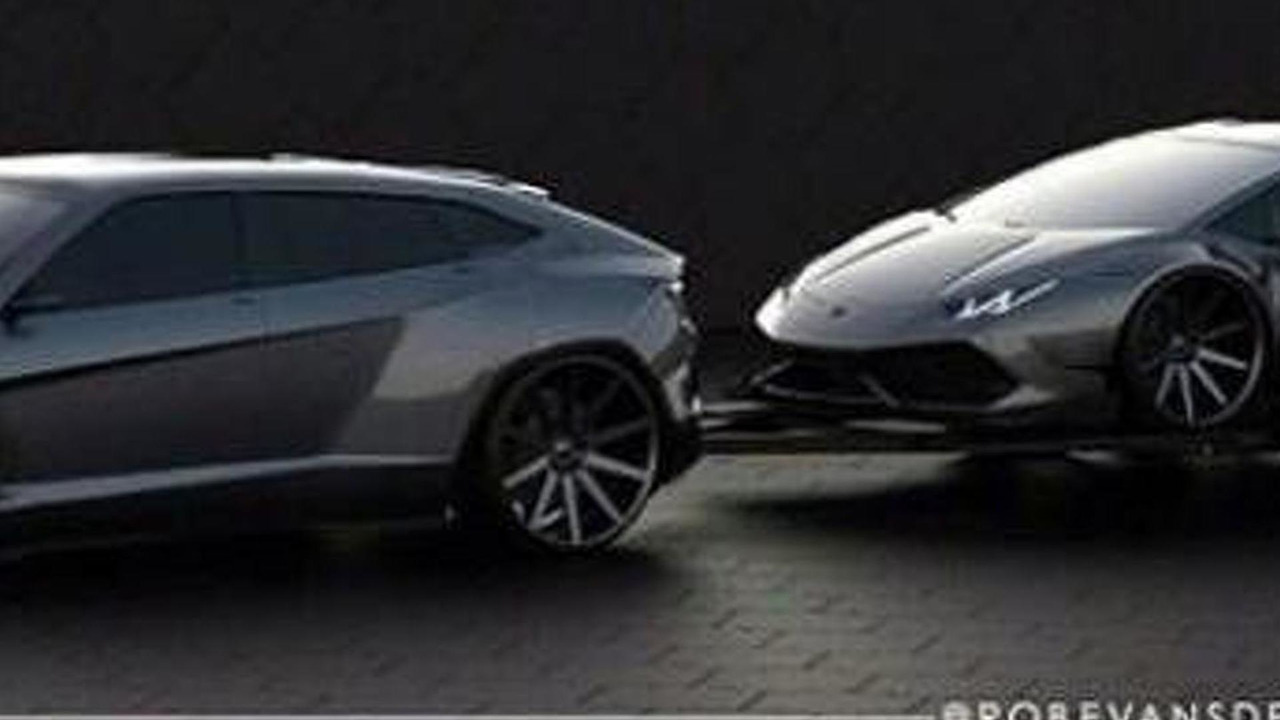 The rumored upcoming crossover of Lamborghini has been virtually imagined by independent designer Rob Evans.

Looking like a Huracan on steroids, the rendered model strongly reminds us of the Estoque concept, revealed back in 2008. It features a front end in familiar Lamborghini style with massive air intakes and a V-shaped nose. The virtual SUV has also been equipped with a set of custom wheels and is towing a Huracan with the same alloys.

Reports from earlier this year have suggested the future SUV of the brand, probably named the Urus, will be manufactured at VW's factory in Slovakia starting from 2017. Sales will likely start in early 2018 at around 170,000 EUR ($207,000). Lamborghini’s first SUV after the LM002, phased out in 1993, could be offered with a hybridized V8 generating approximately 680 HP (500 kW).