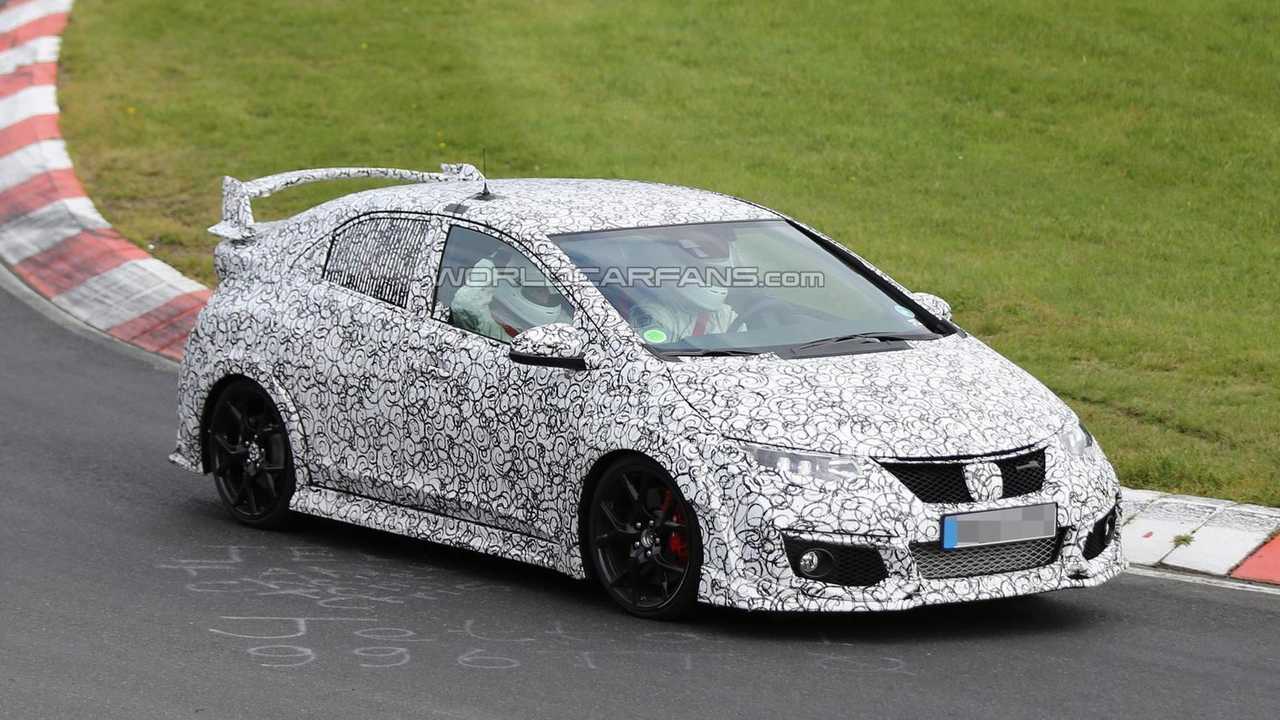 The 2015 Honda Civic Type R has been spied undergoing final testing in Germany around the Nürburgring.

The 2015 Honda Civic Type R has been spied undergoing final testing in Germany around the Nürburgring.

These days at the Paris Motor Show you can check out Honda's updated Civic Type R concept which serves as a preview for the production model. Scheduled to go on sale in 2015, the hot hatchback will look slightly toned down than the concept and probably won't incorporate the taillights in the rear wing while the body will look a bit less aggressive.

Styling aside, Honda has used some big words when talking about the Civic Type R as they say it will be better than all previous Type R models, including the iconic NSX. It's a known fact the vehicle will adopt a front-wheel drive layout with power coming from an i-VTEC 2.0-liter four-cylinder turbocharged gasoline engine developing more than 280 HP (206 kW) and revving up to 7,000 rpm.

Despite the high-power & FWD combo, Honda will do their best at eliminating torque steer by installing a "steer axis" system which will improve traction. For the same purpose, the Civic Type R will come equipped as standard with two extra supporting "kingpins" for the front suspension.

There's also going to be a new four-point Adaptive Damper System capable of automatically adjusting both front and rear suspension damping force stiffness in a rapid manner according to the driving conditions. Moreover, a "+R" button - suitable mostly for track use - will be placed on the steering wheel and once pressed it will heighten the response of the engine and steering.

With the 2015 Civic Type R, Honda will try to obtain the title for the fastest front-wheel drive car around the Nürburgring. As a reminder, the current record holder is Renault with its Megane RS 275 Trophy-R that has lapped the ‘Ring in 7 minutes and 54.36 seconds.

A public debut will probably take place in March 2015 at the Geneva Motor Show.