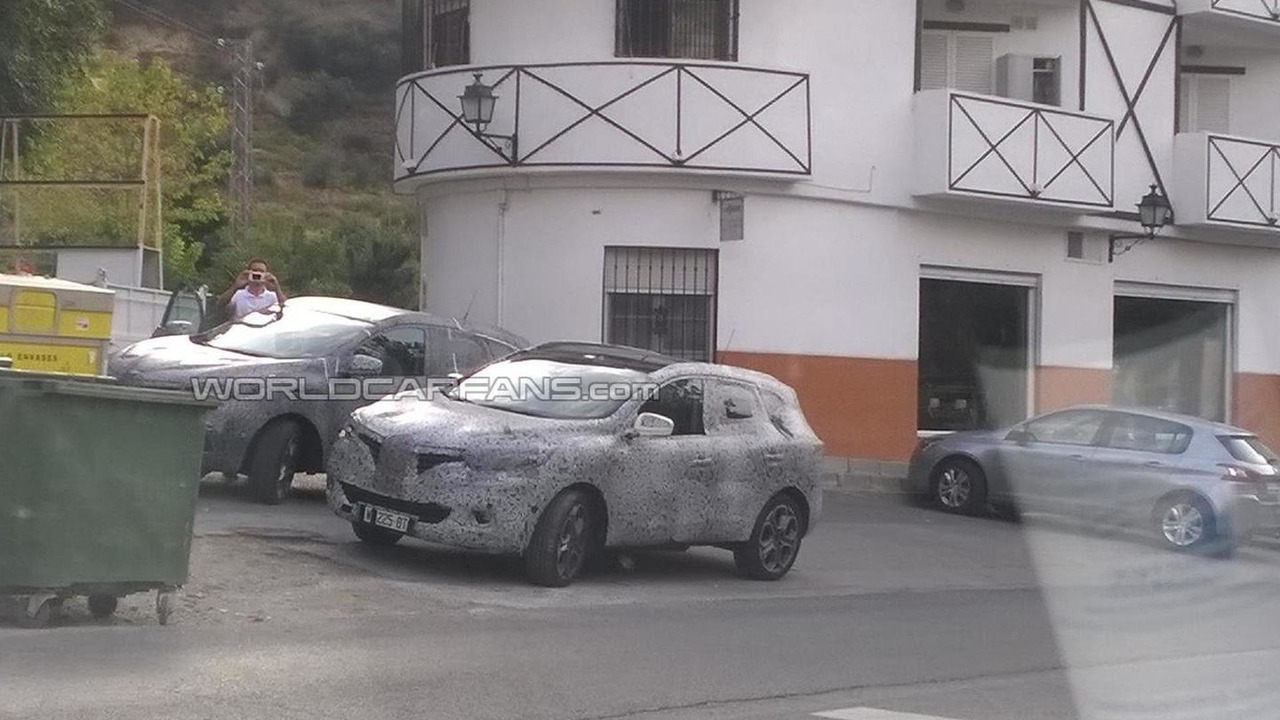 Renault's upcoming crossover has been spied once again ahead of a possible official launch in 2015.

Renault’s upcoming crossover has been spied once again ahead of a possible official launch in 2015.

Initially it was believed the crossover prototypes Renault is testing were of the second generation Koleos but lots of reports coming from France are saying this is a smaller model which will sit between the Captur and the next Koleos. The latter has already been confirmed for a 2016 release and according to preliminary data from unofficial sources is bound to grow in size compared to the aging outgoing model.

The crossover seen here will allegedly ride on the same platform as the Megane and will be commercialized with the Racoon/Kadjar moniker. An official reveal is rumored to occur in March 2015 at the Geneva Motor Show, with sales programmed to commence in June. Although still wearing a significant amount of camouflage, we can clearly see the crossover will be heavily influenced by the recently unveiled Espace, itself a model relabeled by Renault from MPV to crossover.

Note: Attached spy images were sent by WCF reader Eduardo who we wish to thank for the effort!