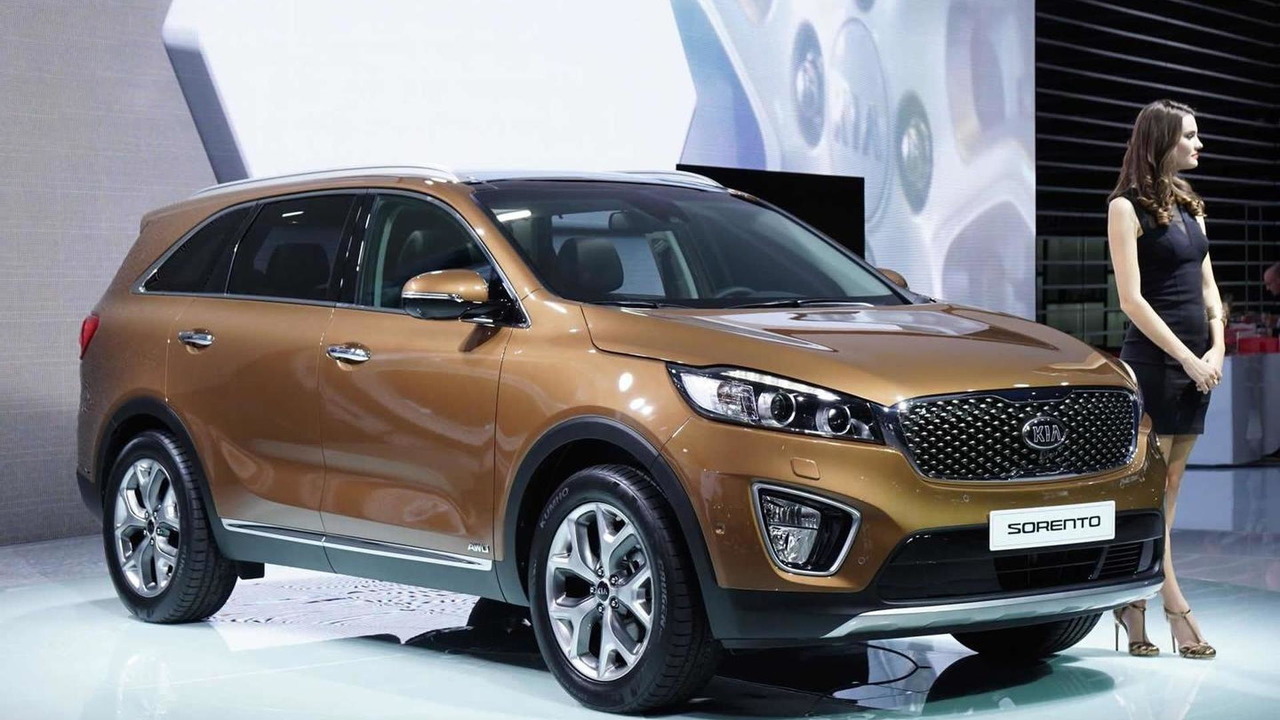 Kia is showcasing these days at the Paris Motor Show the 2015 Sorento in European specification.

Kia is showcasing these days at the Paris Motor Show the 2015 Sorento in European specification.

Now in its third generation, Kia's SUV adopts a more upscale look to match the added size as the overall length has increased by 95mm to 4780mm while width is up by 5mm to 1890mm. Benefiting from an all-steel unitary construction bodyshell, the overhauled Sorento is now 15mm lower at 1685mm while inside the cabin it can host up to seven people.

The interior cabin can be had with either a black or black & stone beige theme combined with cloth or leather upholstery. Those who opt for leather will also be able to choose from brown or light gray color schemes. With the third row of seats folded down, cargo capacity has increased from 515 to 605 liters while the cargo bay floor is now 87mm longer. The seven-seat variant comes equipped as standard with remote folding second row allowing the owner to fold them by using two levers in the side of the cargo bay. The second row can also slide forward to enable an easier access to the third row of seats.