2015 Volkswagen Passat comes in Paris together with GTE version 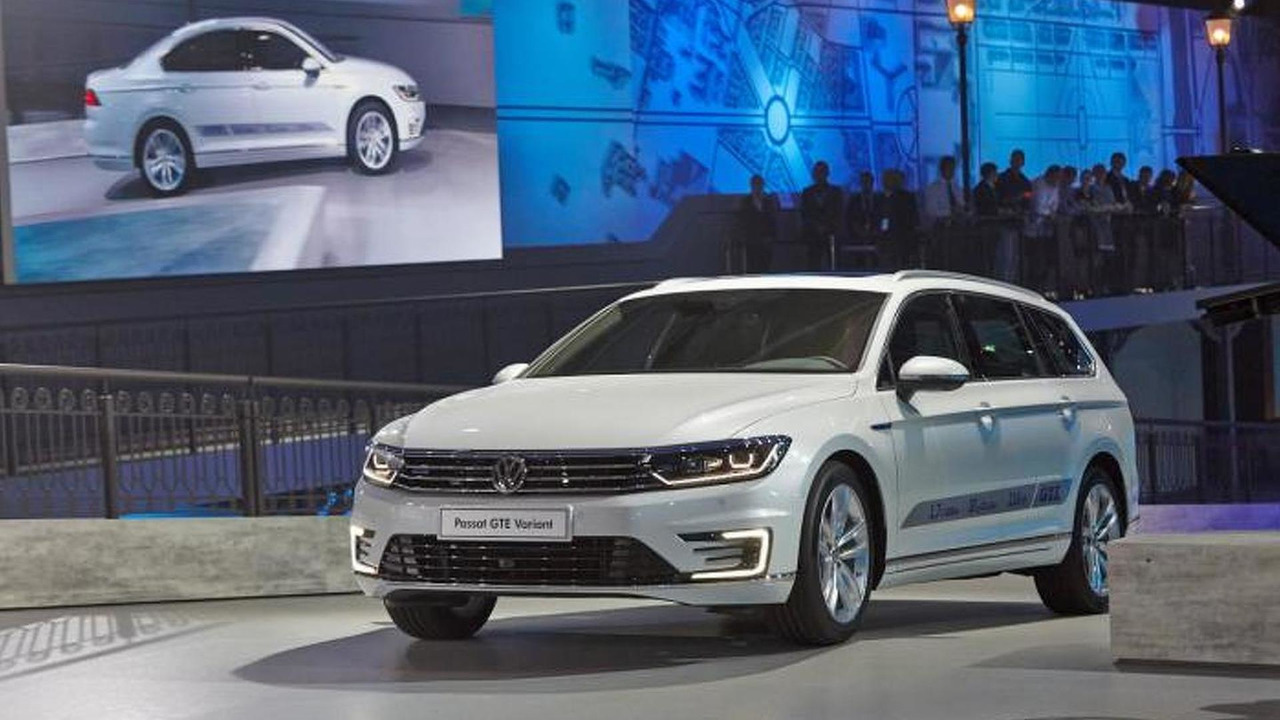 The eighth generation Volkswagen Passat family has been introduced in Paris together with the plug-in hybrid GTE derivative.

The eighth generation Volkswagen Passat family has been introduced in Paris together with the plug-in hybrid GTE derivative.

Compared to the previous generation, Volkswagen's overhauled model is 2mm shorter, 12mm wider and sits 6mm lower. Despite a slight decrease in overall length, the new Passat comes with a 79mm longer wheelbase now standing at 2791mm while the weight has gone down by up to 85 kg (188 lbs). The mid-size sedan has 31mm wider front & 14mm rear tracks now measuring 1584mm front / 1568mm rear.

Trunk capacity has been boosted by 21 liters to 586 liters in the sedan and by 47 liters to 650 liters in the wagon version. All models come as standard with LED taillights and upper-spec models can be configured with optional LED headlights benefiting from Dynamic Light Assist.

There's also going to be a plug-in hybrid Passat GTE mixing up a 1.4-liter TSI producing 156 HP with an electric motor developing 115 HP, creating a combined output of 218 HP. This frugal derivative promises a fuel consumption of just 2 liters / 100 km (117.6 mpg US or 141.2 mpg UK). With the 50-liter fuel tank and battery pack fully charged, the Passat GTE will provide an impressive range of more than 620 miles (998 km) and running solely on electric power will grant a 31-mile (50 km) range.

The Volkswagen Passat is already available on order and is priced at home in Germany from €25,875 for the sedan and from €25,950 for the wagon. The plug-in hybrid GTE is scheduled to go on sale in the second half of 2015.

Gallery: 2015 Volkswagen Passat comes in Paris together with GTE version