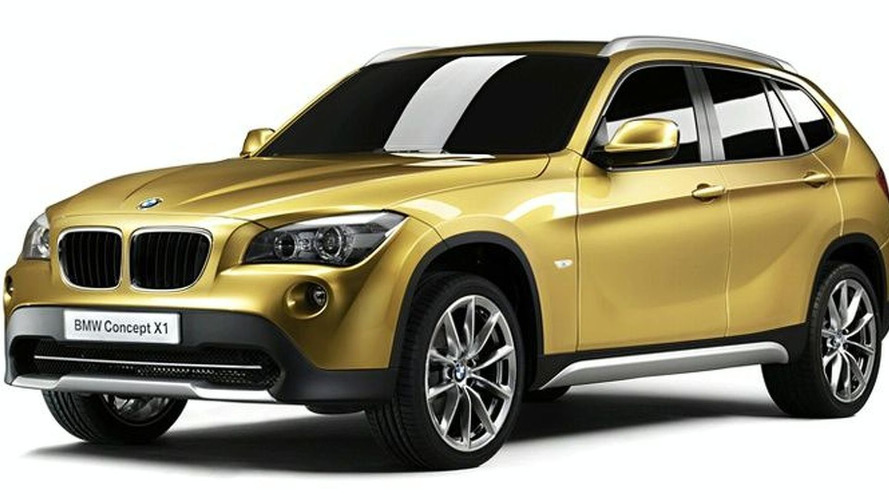 Ahead of its planned unveiling at the Paris Motor Show, the first images of the BMW Concept X1 have hit the web.

Ahead of its planned unveiling at the Paris Motor Show, the first images of the BMW Concept X1 have hit the web. It is due to hit European dealerships in the fall of 2009 with pricing starting at around £20,000 (€25,246,$35,524) for the UK market, BMW have predicted sales will hit a lofty 100,000 units a year as consumers shy away from the larger gas guzzling X3 and X5.

If You think the Concept X1 looks big, you would be right. It is 4457mm long with a wheelbase of 2760mm which is only 108mm and 35mm shorter than the larger X3 sibling.  Surely BMW have taken into account that an X1 with such similar dimensions is going to hinder the sales of its larger SUV.

The underpinings of the model are actually derived from the E90 3-Series platform, contrary to previous reports that it shares the same platform as the current generation 1-Series. It means we can expect to see a range of more powerful engines than we had expected including four and six cylinder turbocharged direct injection petrol and diesel units and further down the line, a hybrid. Six-speed manual and eight-speed automatic transmission systems will be available come production time and they will pass the power to the wheels via a part time four wheel drive system that only transfers power to the front wheels when required.

Full details and high-res shots should hit your screens in the next 24 hours, so stay tuned.  Recently launched microsite here: www.bmw.com/conceptx1