Fully Customized Audi RS6 Is What Wagon Dreams Are Made Of

Meet the 700-horsepower Avant with a screen embedded into the steering wheel.

In a recent interview with Top Gear, Chris Harris said he actually prefers the design of the previous Audi RS6 over the new one. We can see where he's coming from, especially if the C7-generation wagon wears an attractive paint such as this Riviera Blue. As you have probably figured out by now, this is far from being a run-of-the-mill Avant as Ingolstadt's speedy family hauler has been subjected to quite a few changes.

Owned by Auditography, the skilled photographer immortalizing all things with Four Rings, this RS6 facelift wears a full ABT body kit along with the tuner's custom 22-inch alloy wheels. If the extra carbon fiber bits on the outside look familiar, that's because many of them were borrowed from the tuner's bonkers RS6-R introduced back in 2014.

It's not all show without some extra go as the twin-turbo 4.0-liter V8 has been massaged to deliver a massive 700 horsepower and 700 pound-feet (950 Newton-meters) of torque. There's also an aftermarket exhaust that sounds pretty much like a machine gun and is quite fitting for the RS6's muscled-up appearance. 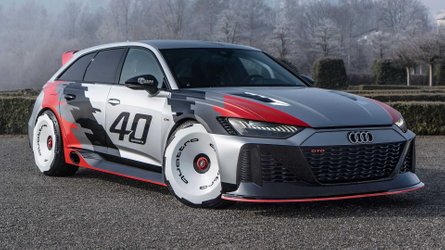 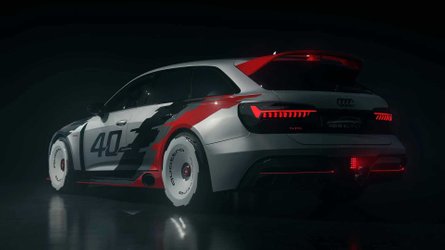 While the interior is largely stock, there is one change that makes all the difference. We're obviously talking about the custom steering wheel clad in a combination of carbon fiber and Alcantara, complete with blue stitching to match the RS6 Avant's exterior shade. It boasts nifty shift lights and has a tiny LCD embedded at the 12 o'clock position, while behind it are carbon fiber shift paddles for added effect.

The end result is truly eye-catching and it goes to show that even a desirable car such as the Audi RS6 Avant – regardless of its generation – can be further amplified without going crazy with over-the-top aftermarket upgrades.