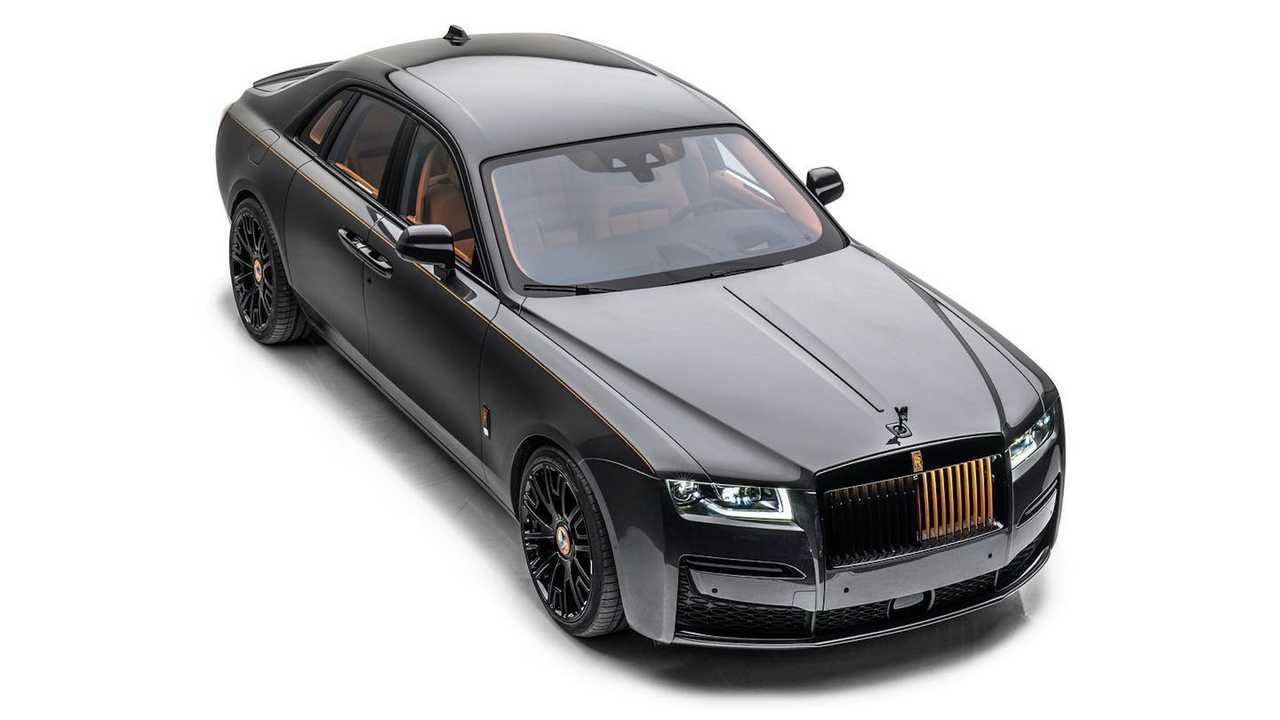 The aftermarket tuner keeps it simple.

Mansory has a reputation. Whether it's a good one or a bad one depends on how one judges the tuner's creations. Many lean toward being ostentatious, though now and then, the company takes a subtler approach. That's what it did with the new Rolls-Royce Ghost, offering a new Launch Edition model that adds just a handful of upgrades without drastically changing the car's design.

The result is a Mansory Ghost that doesn't look too wildly different from the stock version. Mansory pairs a dark exterior with gold accents and an orange interior, which sits on the tuner's 22-inch V6 wheels. Other exterior upgrades include a carbon-fiber rear decklid spoiler and a carbon-fiber hood bar. Inside, Mansory continues its restrained makeover with a sport steering wheel that boasts the turner's logo in the center. The interior doesn't look wildly different from the standard Rolls.

Mansory is a tuner more focused on looks than performance, so this Ghost doesn't have any significant performance upgrades. However, Mansory does add a sport exhaust system. That's unlikely to change its output. Power comes from a 6.8-liter V12 that produces 563 horsepower (420 kilowatts) and 627 pound-feet (850 Newton-meters) of torque. That's a lot of power, though it's moving a hefty machine. The new Ghost tips the scales at 5,628 pounds (2,552 kilograms), though it can still hustle to 60 miles per hour (96 kilometers per hour) in an impressive 4.5 seconds.

Porsche Cayenne Tuned By Mansory, But Is It Really For The Better?

The Mansory Launch Edition Rolls-Royce Ghost isn't the company taking one of the most luxurious sedans in the world and turning it up to 11. The upgraded Rolls keeps the design upgrades simple and subtle, though it works on a vehicle with such revered styling. The Ghost isn't known for its exuberant appearance, and its $332,500 starting price already includes a lot of features.