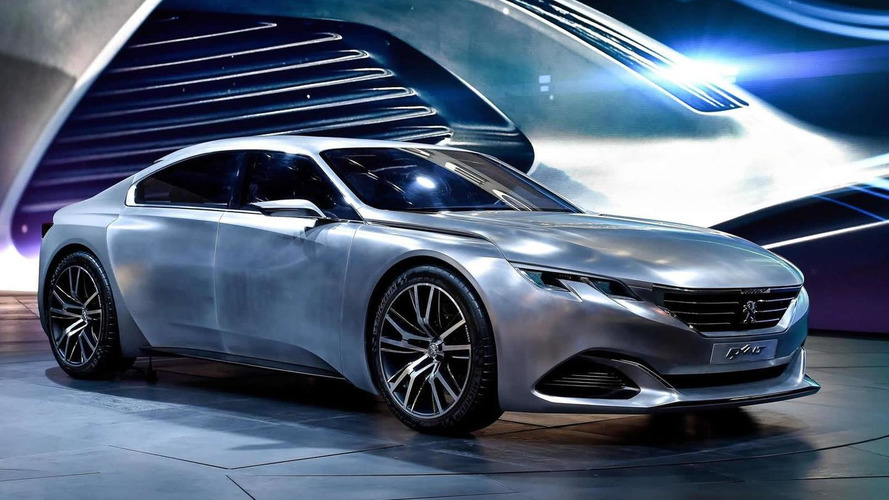 Peugeot is displaying these days in Paris the stunning Exalt concept in European specification.

Peugeot is displaying these days in Paris the stunning Exalt concept in European specification.

The original concept was introduced at the Beijing Motor Show in China and now Peugeot has made some modifications for the Euro-spec version which features a bare steel exterior with a Shark Skin rear end as well as different shades of grey on the rest of the body to create a special look. The spectacular design continues on the inside where there's a Newspaper Wood finish developed by using pages taken from business dailies.

It has received a powerful hybrid setup consisting of a four-cylinder 1.6-liter turbocharged gasoline engine sourced from the RCZ R which develops 270 bhp & 300 Nm and works with a 50 kW electric motor. The Exalt concept offers a combined output of 340 bhp sent to the road through a six-speed automatic gearbox.

Tipping the scales at less than 1,700 kg (3,748 lbs), the updated Peugeot Exalt concept adopts a special tailgate opening mechanism which provides access to a "HYbrid-kick" electric scooter positioned below the boot floor. It also benefits from an energy recover braking system that enables the electric motor to charge the battery and can be driven in three different modes: gasoline, all-electric and gasoline-electric hybrid.

As you would expect, there aren't any plans to put the Exalt concept into production.