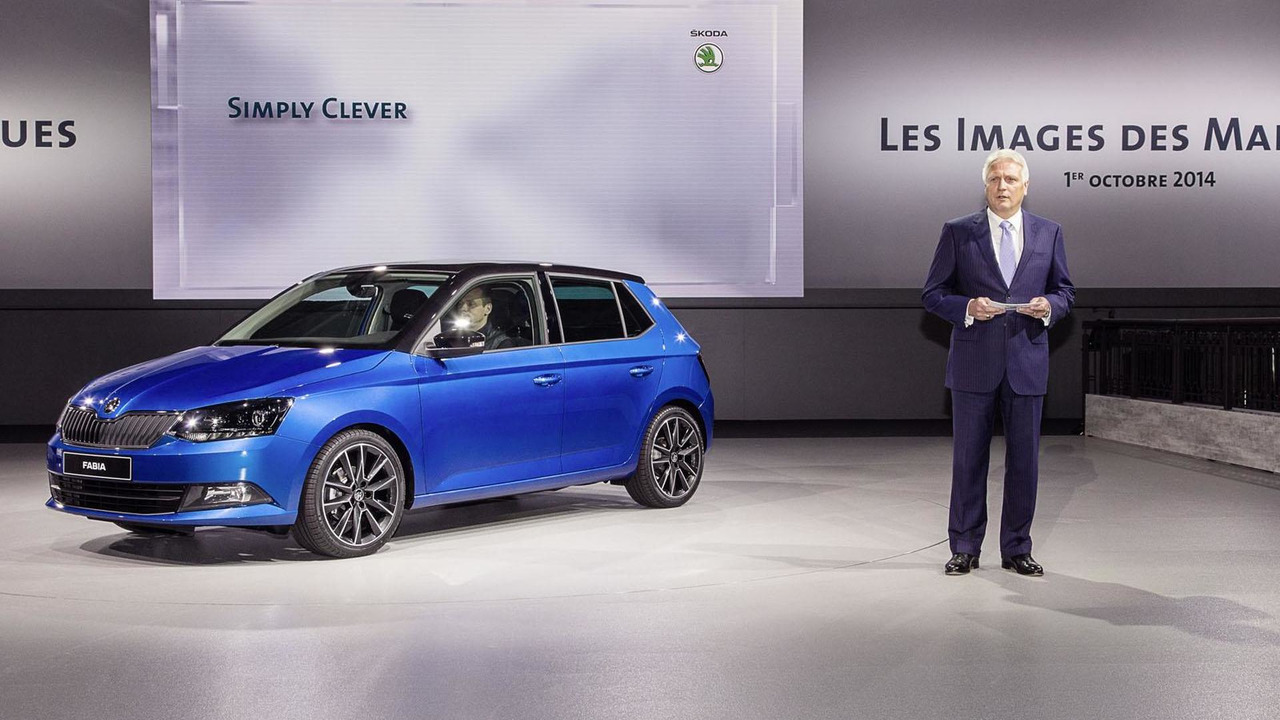 Skoda has taken the wraps off the 2015 Fabia in Paris. It is lighter and more fuel efficient than its predecessor.

Skoda has taken the wraps off the 2015 Fabia in Paris.

Following in the footsteps of recent models, the Fabia has a restrained design with clean lines and taut surfaces.

The simplistic styling continues in the cabin but the model gains several high-tech features including a MirrorLink system which allows smartphone apps to be displayed on the infotainment system. There's also SmartGate system which allows owners to access from their smartphone. If you're more concerned about space, you'll be glad to know the boot hold 330 liters (11.6 cubic feet) of luggage but that can be expanded to 1,150 liters (40.6 cubic feet) when the rear seats are folded down.

Late next year, the company will introduce a GreenLine variant which has aerodynamic styling tweaks and the aforementioned 1.4-liter TDI engine that produces 75 PS (55 kW). The model will also feature an engine start/stop system, a kinetic energy recuperation and low rolling resistance tires. Thanks to these tweaks, the model will return 3.1 L/100 km (75.8 mpg US / 91.1 mpg UK) and have CO2 emissions of 82 g/km.