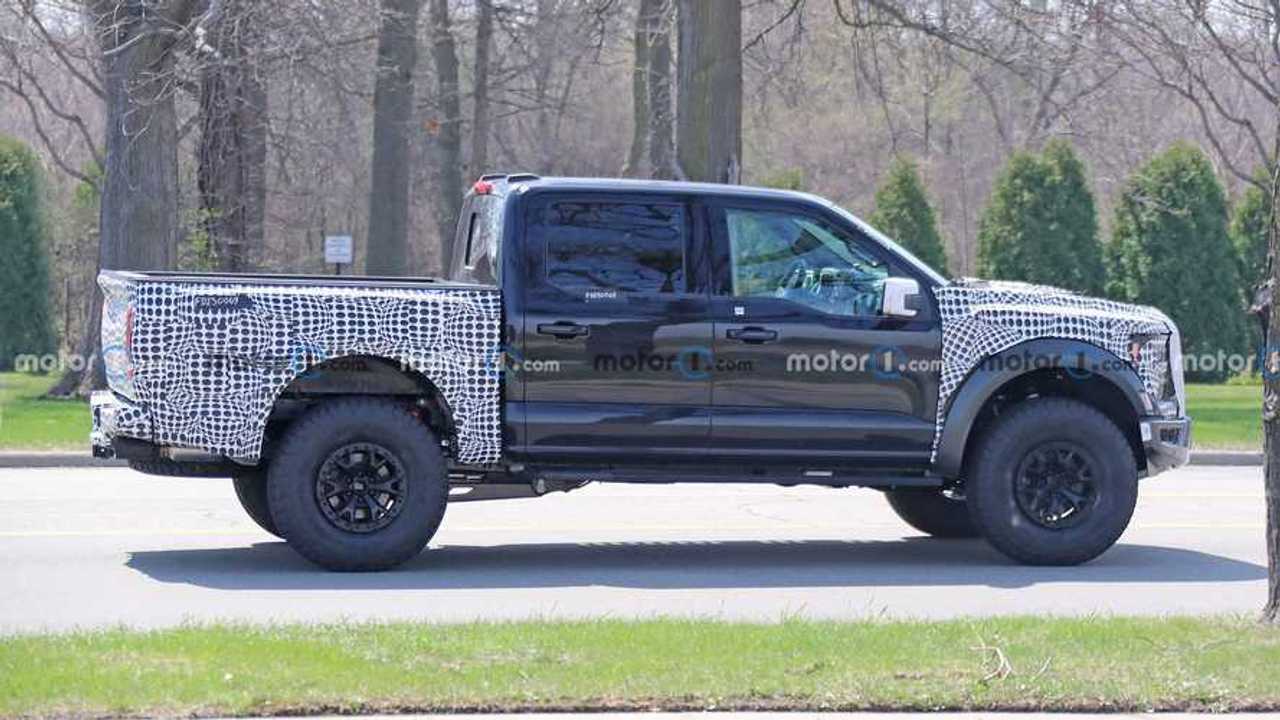 The enemy of my enemy is my friend.

Ford released the third-generation Raptor back in February complete with a turbocharged 3.5-liter EcoBoost V6 and a full off-road makeover. Although the company won’t tell us how much power the truck makes just yet, new spy photos of the even hotter Raptor R alongside the 702-horsepower (525-kilowatt) Ram TRX suggest that Ford's pair may pack quite a punch.

Car enthusiasts who bleed Castrol will be happy to know that the new truck is packing a V8 engine under the hood; as you may know by now, it will have the same supercharged 5.2-liter V8 – codenamed Predator – as the GT500 Mustang. As the pony car puts out 760 horsepower (567 kilowatts), the Raptor R’s power output is bound to be in the same ballpark.

From the exterior, it appears that the R variant looks very similar to the Raptor with minor tweaks including a new front grille and new wheels. Details remain sparse, but a closer look underneath the new beast also shows beefier trailing arms.

Rivals Till The End:

Ford Gets Back At Ram On Twitter With Nice Burn

As you probably already know, the Raptor R's main goal is to compete with the Ram TRX in every considerable measure, including power. A bold claim by the Blue Oval as we wouldn’t be surprised to see an updated version of the TRX in the not-so-distant future.

Regardless, the 2021 Ford F-150 Raptor and Raptor R will be assembled at the Dearborn Truck Plant in Dearborn, Michigan. The standard truck will be available this summer while the R model is expected to go on sale in 2022.