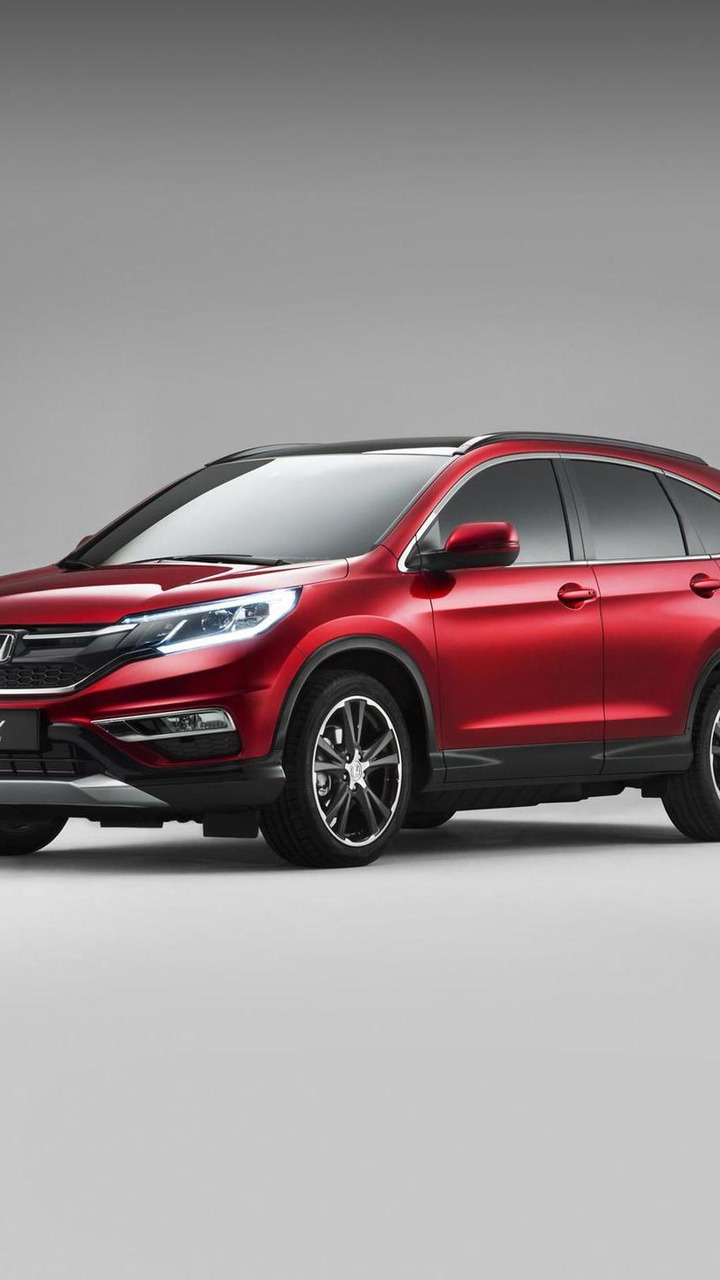 Honda has unveiled the Euro-spec CR-V facelift which will premiere tomorrow at the Paris Motor Show.

Honda has unveiled the Euro-spec CR-V facelift which will premiere tomorrow at the Paris Motor Show.

As expected, the styling tweaks have been carried over from the US-spec model so the crossover has gained new bumpers, updated fog lights, slightly different grille while the LED headlights look more modern and there's also a chrome trim at the back below the tailgate window which connects the taillights.

More important changes can be found under the hood where the old 2.2-liter i-DTEC diesel has been replaced with a four-cylinder 1.6-liter i-DTEC which develops 160 HP (118 kW) and 350 Nm (258 lb-ft) of torque. It's available only on the four-wheel drive CR-V and can work with either a standard six-speed manual gearbox or an optional newly developed nine-speed automatic transmission. With the manual, CO2 emissions are down by 11 percent to 130 g/km while with the automatic the emissions have been cut by 20 percent to 135 g/km.

The front-wheel drive CR-V will continue to be powered by the 120 HP (88 kW) version of the 1.6-liter i-DTEC engine working with a six-speed manual which grants CO2 emissions of 117 g/km.

Built in Swindon, UK, the 2015 Honda CR-V facelift in European specification will be shown starting October 2 at the Paris Motor Show.