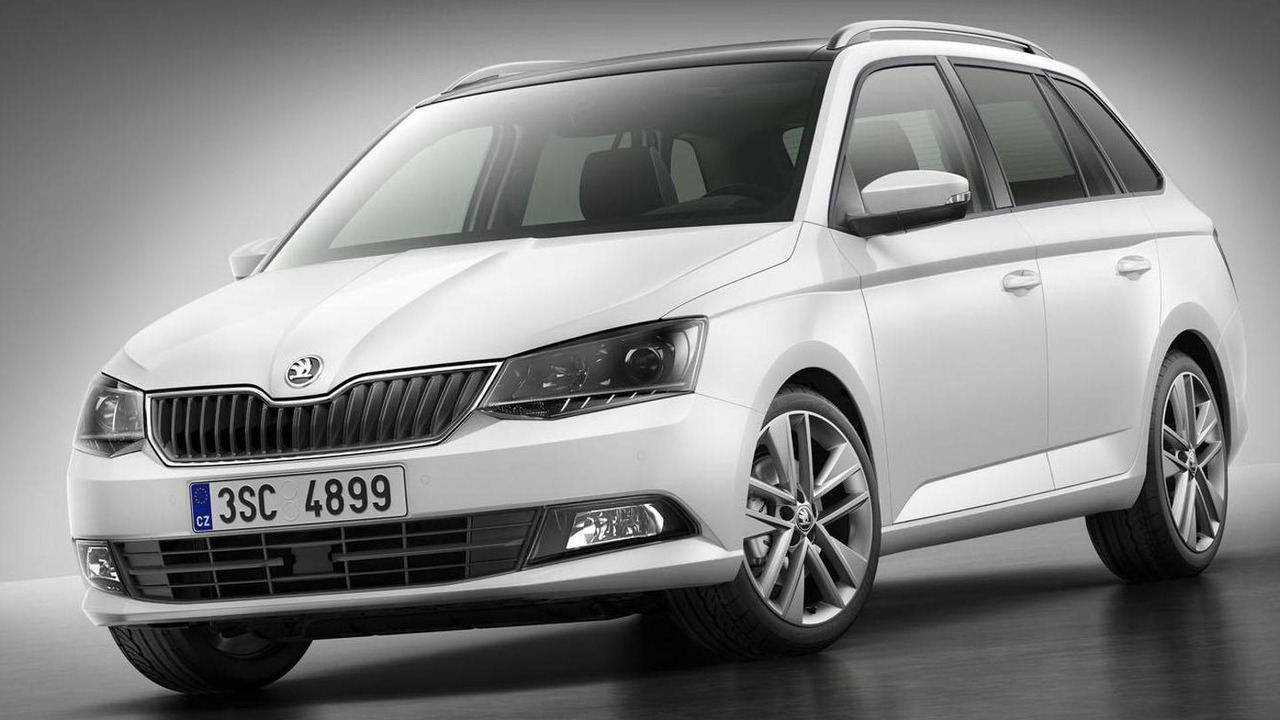 Set to go on sale in January, the wagon has a familiar design which closely echoes the standard model. This isn't too surprising but Skoda says the car is 10mm longer, 90mm wider and 31mm lower than its predecessor. The Fabia Combi also weighs up to 121 lbs (55 kg) less than the outgoing model thanks to several weight saving measures.

Skoda only released one interior picture but they said the car comes packed with new technology including a MirrorLink system that "brings smartphone applications - including navigation - to the infotainment system’s display." There's also a SmartGate function which can be used to save, display and access certain vehicle data from a smartphone.

Since the Fabia Combi is all about space, the model comes packed with a variety of storage compartments including a new multimedia cradle that can hold a smartphone or an iPod. More importantly, the boot holds 530 liters (18.7 cubic feet) of luggage but that can be expanded to 1,395 liters (49.2 cubic feet) when the rear seats are folded down.