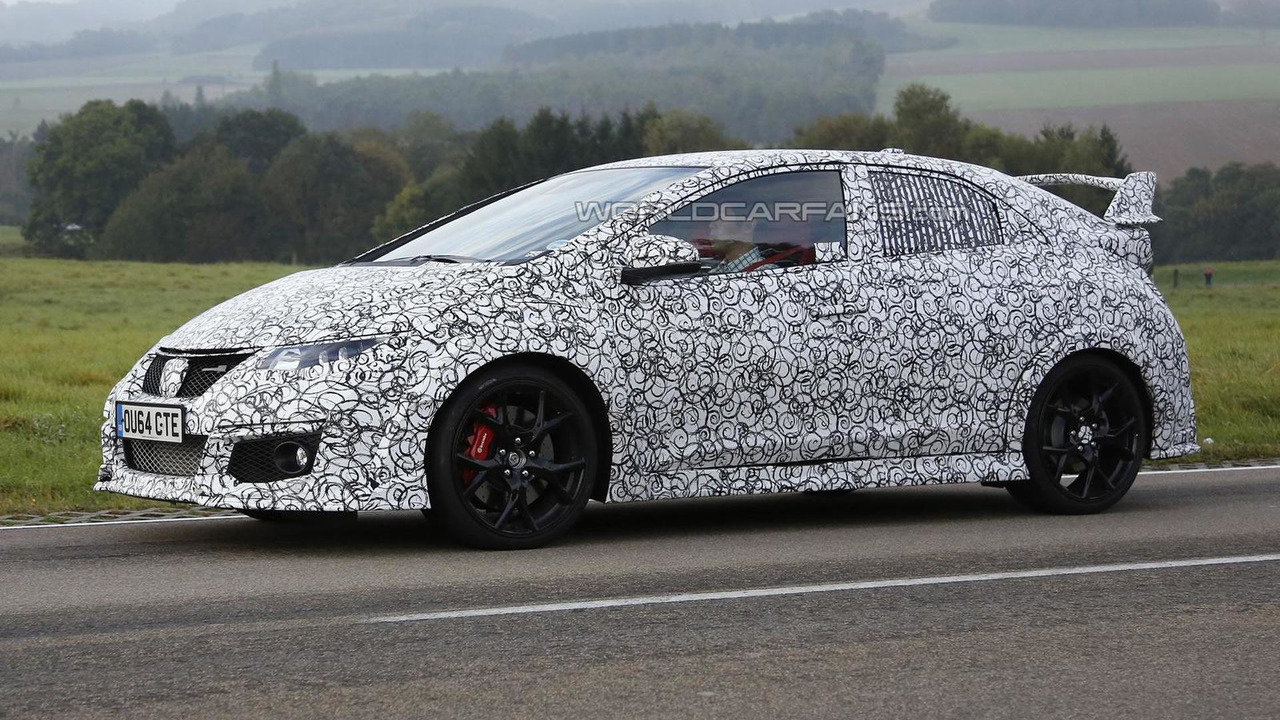 A prototype of the Honda Civic Type R has been spied undergoing testing ahead of next year's confirmed launch.

A prototype of the Honda Civic Type R has been spied undergoing testing ahead of next year's confirmed launch.

It was less than two days ago when Honda unveiled an updated concept of the Civic Type R and now we take a look at several spy images of the hot hatchback which has probably entered the final testing phase. The biggest difference between the two can be noticed at the back where the prototype has a less exciting rear wing which doesn't incorporate the taillights as seen in the Civic Type R Concept I and II. In addition, the rear diffuser appears to be slightly less aggressive while at the front we don't see the LED strips of daytime running lights fitted onto the two concepts.

We know for sure the 2015 Honda Civic Type R will be powered by a four-cylinder, 2.0-liter turbocharged gasoline engine developing more than 280 HP (206 kW). To diminish torque steer, Honda will install a "steer axis" system along with two extra "kingpins" in the front suspension. There's also going to be a +R button mounted on the steering wheel which after being pressed will increase the engine and steering response and will also enhance the four-point adaptive damper system.

Honda promises the all-new Civic Type R is going to "deliver unmatched performance compared to any previous Type R car" so they are saying it will be better even than the mighty NSX.