BMW X8 Caught On Camera Looking Large And In Charge 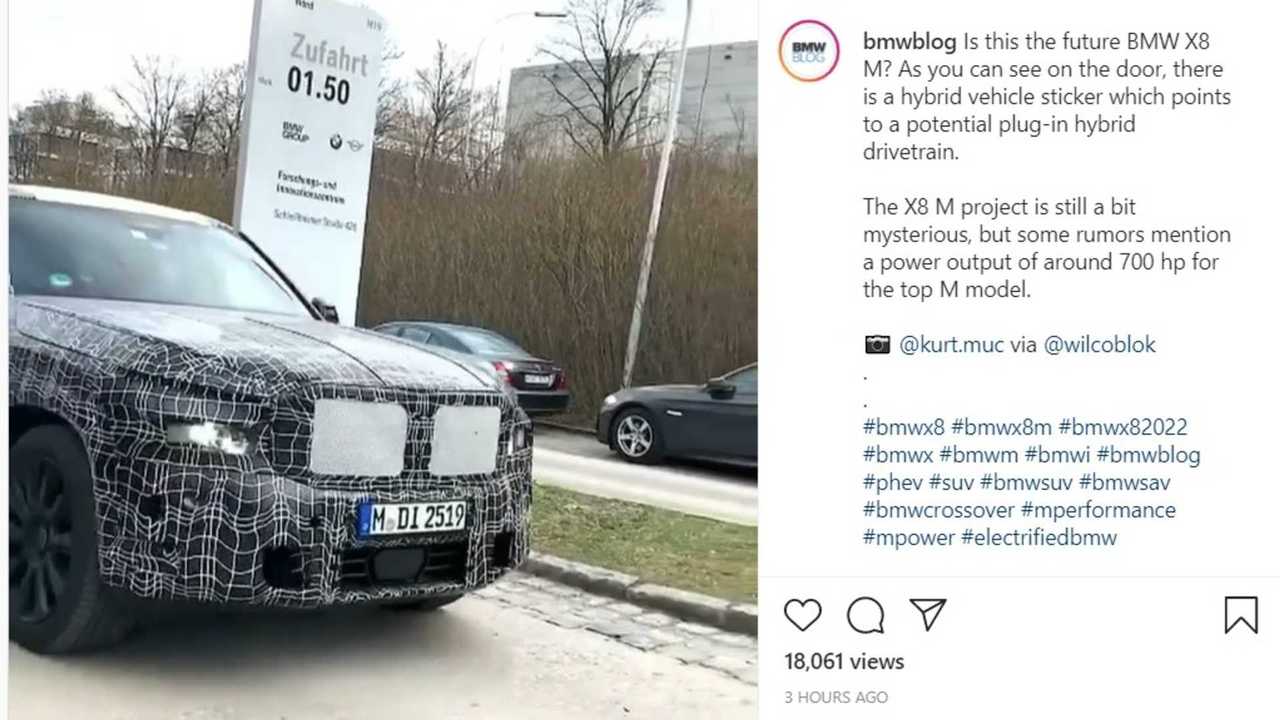 It could become the most expensive new Bimmer in history.

There’s no official word from BMW about the potential X8 yet, but now we have more evidence that the Bavarian company is working on a new flagship SUV. A new video published on Instagram by kurt.muc shows a massive high-riding Bimmer testing on public roads, probably somewhere around the city of Munich in Germany.

Brought to our attention by our friends and colleagues at BMW Blog, the short clip provides a quick look at the exterior of what looks like the X8. Judging by the registration plates, this is a different prototype than the previously spied test cars, though the amount of camouflage appears to be identical.

Speaking of the disguise, the entire car is covered in camouflage foil and there are fake panels at the front, obstructing our view of the fascia. We are eager to see what’s hiding underneath as word on the street is the X8 could get an extravagant split-headlight layout. At the back, the prototype still features provisional lights.

BMW X8 Spied Hiding What Seems To Be An Unconventional Design

One thing is clear, though - this trial vehicle features some sort of electrification given the “Hybrid Test Vehicle” stickers and a fuel cap on the front fender on the driver’s side. Aligning with previous reports about a potential range-topping hybrid X8 M model, this car could have a combination between BMW’s 4.4-liter V8 and an electric motor for a rumored total output of close to 750 horsepower (559 kilowatts).

Obviously, we don’t have an official launch date for the first-ever BMW X8 but we bet our money on a late 2021 debut. If the reports about a flagship M variant turn out to be true, it could debut at some point next year. We hope we’ll finally get something official from the automaker very soon.