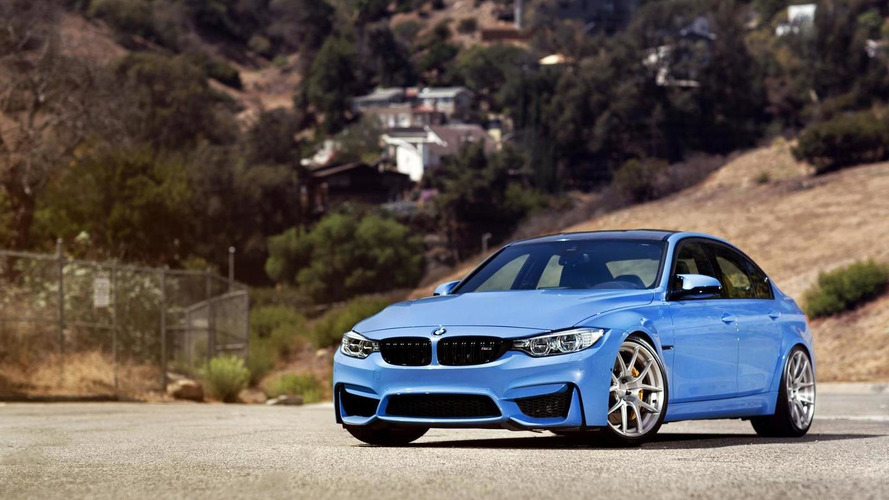 MORR Wheels has unveiled the first 2015 BMW M3 to be delivered in the United States.

MORR Wheels has unveiled the first 2015 BMW M3 to be delivered in the United States.

Bought by Speed District founder Josh Shokri, the M3 comes nicely equipped with black extended merino leather and carbon fiber trim. The car has also been equipped with the Executive package, Driver assistance and Lighting packages as well as an M-DCT transmission.

Since it is the first U.S. model, it has been a "test bed for an array of different manufacturers." One such company is Brembo which installed their new Big Brake Kit which has 380mm front and rear slotted rotors with 6- and 4-piston yellow calipers. The car has also 20-inch MORR MonoForged VS52 Competition wheels that weigh as little as 20 lbs (9 kg).