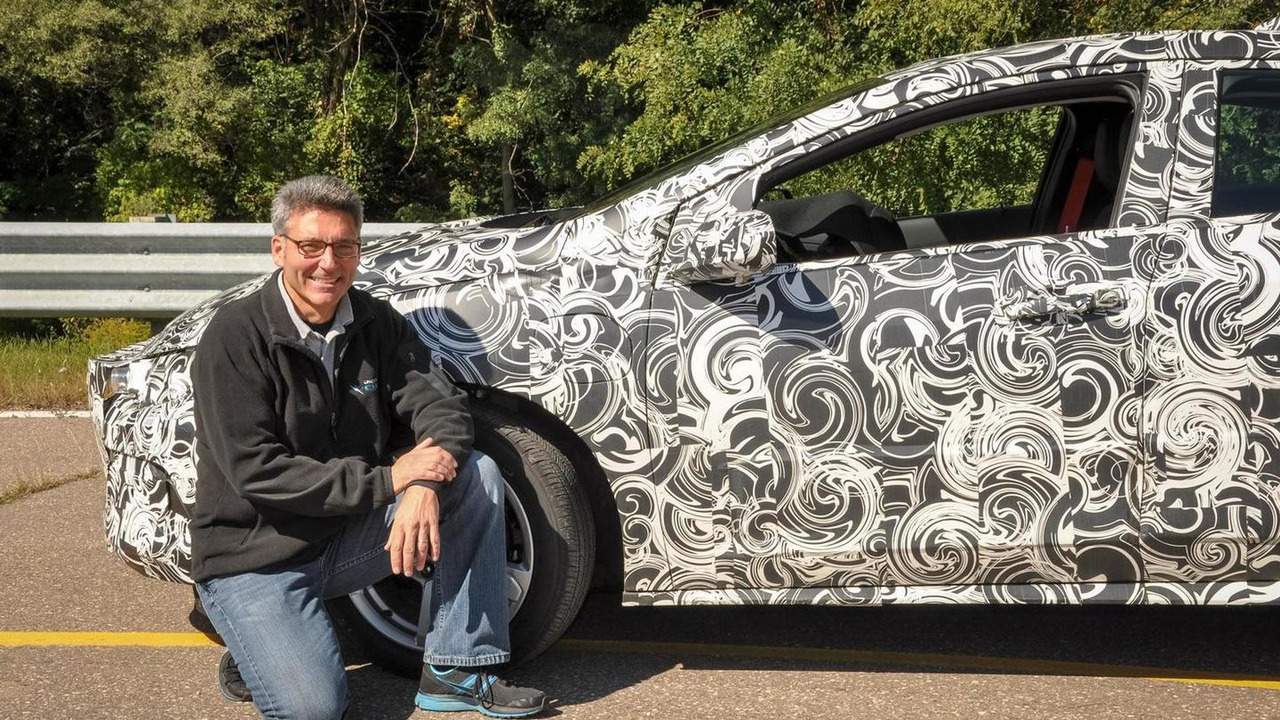 Chevrolet has released another teaser image with the second generation Volt set to debut in January 2015 at NAIAS.

Chevrolet has released another teaser image with the second generation Volt set to debut in January 2015 at NAIAS.

Rather than talking about the actual car, Chevrolet is detailing all the work put into designing the camouflage but we won't bore you with the details. Information about the car is scarce at the moment but GM previously announced the second generation Volt will be able to travel on electric power between 50 to 60 miles (80 to 96 km) or even more whereas the current model can cover up to 38 miles (61 km). There also might be an entry-level variant featuring a smaller battery pack and a shorter electric range.

Set to be lighter and sleeker-looking than the current model, the new Volt will also be significantly more affordable as Chevrolet is estimating a price cut between $7,000 and $10,000, even though General Motors CEO Dan Akerson said last year they are losing money with each car they sell. As a reminder, the 2015MY kicks off at $34,345 (excluding up to $7,500 tax credit).

An official reveal is scheduled for January next year at the North American International Auto Show in Detroit.