Vilner BMW Stormtrooper officially unveiled, could be more than a one-off 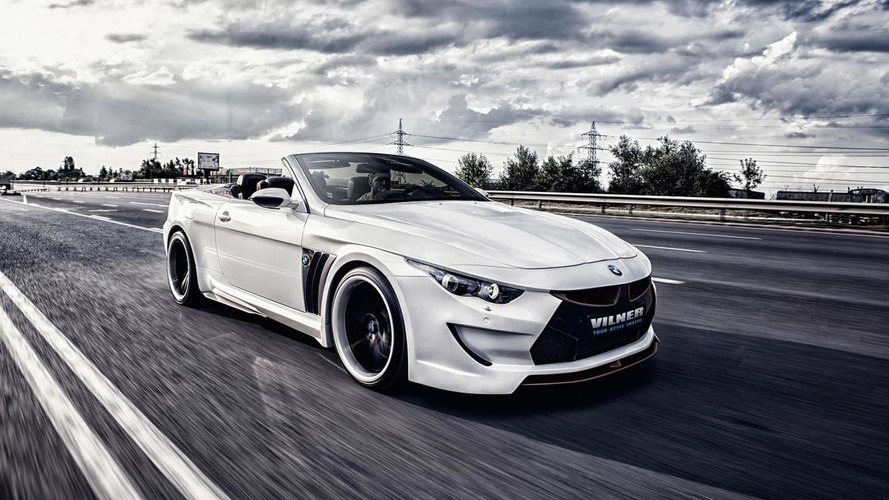 First images of the unique convertible were released last week and now we have the full information about the car. It is actually based on the M6 E64, while the Bullshark was based on the 645i version. The company says the vehicle has already reached its new owner, who is “enjoying the serpentine roads of the Austrian Alps”.

Compared to the Bullshark, the Stormtrooper is finished in pearl white and features different hoods, side panels and bumpers, all of them entirely handmade. Vilner has also put a set of new two-tone 20-inch alloy wheels and new headlights with integrated LED daytime running lights. The interior is finished in two-tone brown-white leather with carbon fiber details on the dashboard.

Gallery: Vilner BMW Stormtrooper officially unveiled, could be more than a one-off