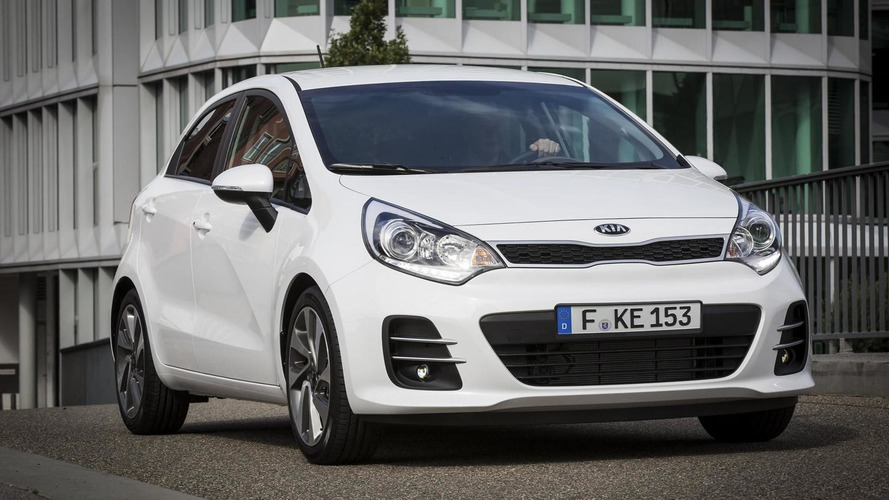 Kia has taken the wraps off a minor facelift for the Rio supermini which will be showcased in Paris later this week.

Kia has taken the wraps off a minor facelift for the Rio supermini which will be showcased in Paris later this week.

Stepping inside the cabin, the dashboard-mounted air vents now have chrome surrounds while the center stack around the sound system has been updated as well. Also new is DAB digital radio together with the firm's next-gen audio-video navigation (AVN) system featuring a seven-inch display and bringing better processing speed and quicker route calculation.

The updated Rio will be available with a choice of four engines with power output ranging from 55 to 80 kW (75 to 109 HP) sent to the front wheels through a five- or six-speed manual gearbox as well as an optional four-speed automatic transmission. All engines can come optionally equipped with Kia's second generation ISG technology featuring automatic start/stop, better starter motor, new alternator control and low-rolling resistance tires.

Manufactured at home in Sohari, South Korea, the 2015 Kia Rio is scheduled to reach European dealerships early 2015. Similar updates for the Rio Sedan should follow shortly.