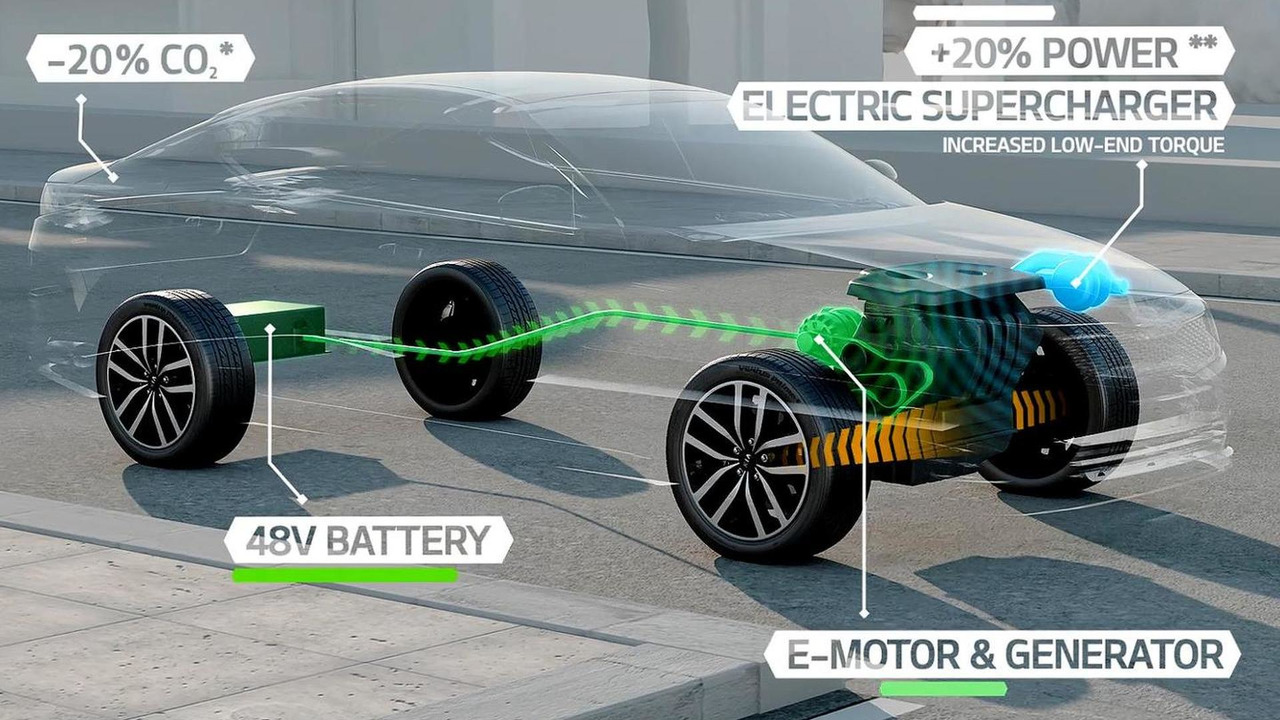 Following an announcement made earlier this month, Kia has unveiled the Optima T-Hybrid concept set to premiere next month in Paris.

Following an announcement made earlier this month, Kia has unveiled the Optima T-Hybrid concept set to premiere next month in Paris.

The concept is described as being a "mild hybrid" powered by the firm's familiar four-cylinder 1.7-liter CRDi turbodiesel engine working together with a small electric motor and a 48V lead-carbon battery. Kia says the Optima T-Hybrid can be driven solely on electric power at low speeds and while the car decelerates the generated energy is used to recharge the battery pack. Lead-carbon batteries were preferred (instead of lithium-ion) because these don't require active cooling and can be recycled easier when depleted.

The Kia Optima T-Hybrid concept has been equipped with a stop/start system as well as a newly developed belt-driven starter generator replacing the conventional alternator which promises to allow the car's engine to start with almost no vibration or noise. The CRDi engine features an electric supercharger bringing increased power and torque regardless of the engine's speed and is most noticeable at low engine speeds when it significantly boosts torque.

Kia estimates the new hardware setup has increased power by 15-20 percent and has also enabled a "significant reduction" in fuel consumption and CO2 emissions.

The Optima T-Hybrid concept is still in development and a decision regarding production is pending. It will be shown starting October 2 at the Paris Motor Show.