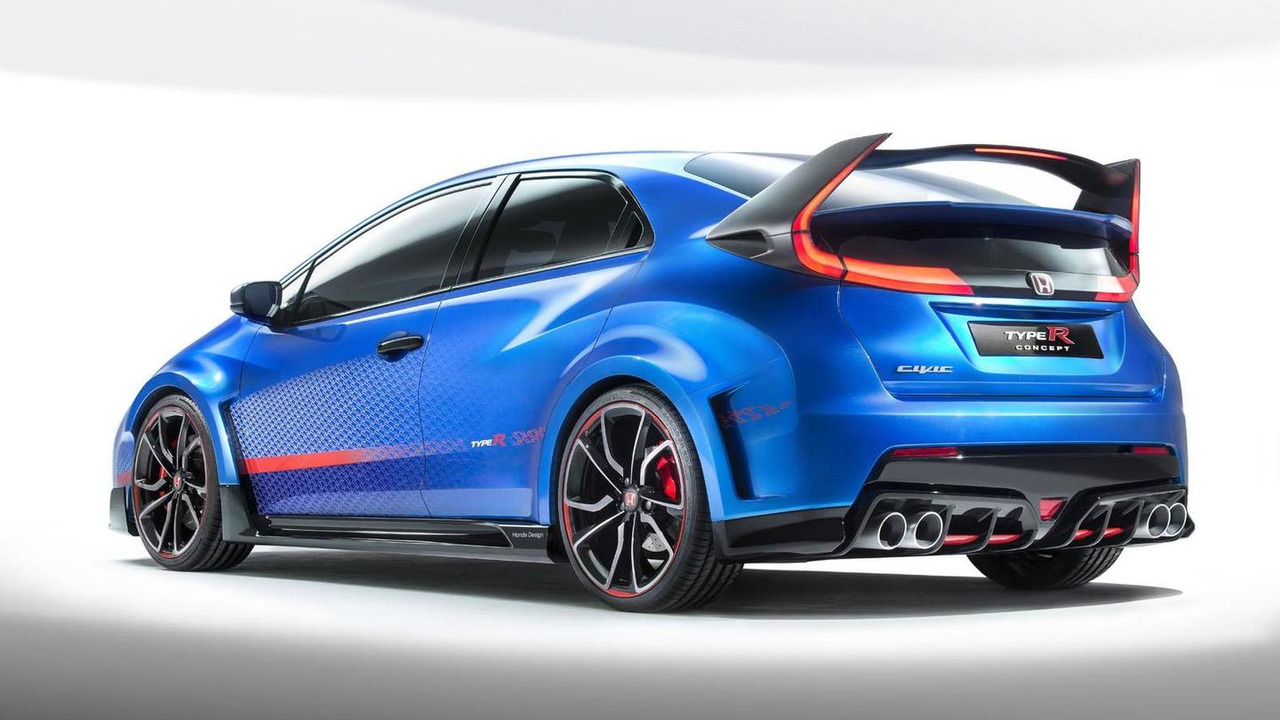 Honda has unveiled the Civic Type R Concept II, ahead of its debut at the Paris Motor Show.

Honda has unveiled the Civic Type R Concept II, ahead of its debut at the Paris Motor Show.

Designed to preview the production model, the concept has a turbocharged 2.0-liter four-cylinder engine that produces more than 280 PS (206 kW). Honda is keeping detailed specifications under wraps but hinted the car will "deliver unmatched performance compared to any previous Type R car" including the "Integra, Accord and even the NSX."

The car will also have a new steering wheel-mounted ‘+R’ button that heightens the engine and steering response as well as the four-point Adaptive Damper System.

According to Suehiro Hasshi, Large Project Leader for the Civic Type R, “In default standard mode, the Civic Type R is exceptionally agile, an everyday sports car with an enjoyable and fluid acceleration." He added, "The ‘+R’ button brings out a more dynamic and athletic car for the driver, to set pulses racing. The difference in character is immense. The ‘+R’ mode is extreme; the car is ideal for track use and will be appreciated by the genuine sports-driving enthusiast.”

The Type R also has a "steer axis" system which has two additional "kingpins" in the front suspension. Honda says they minimize torque steer and allow the "driver to fully exploit the car’s exceptional drivability."

The Honda Civic Type R will go on sale in Europe next year and the model will be built in the United Kingdom.