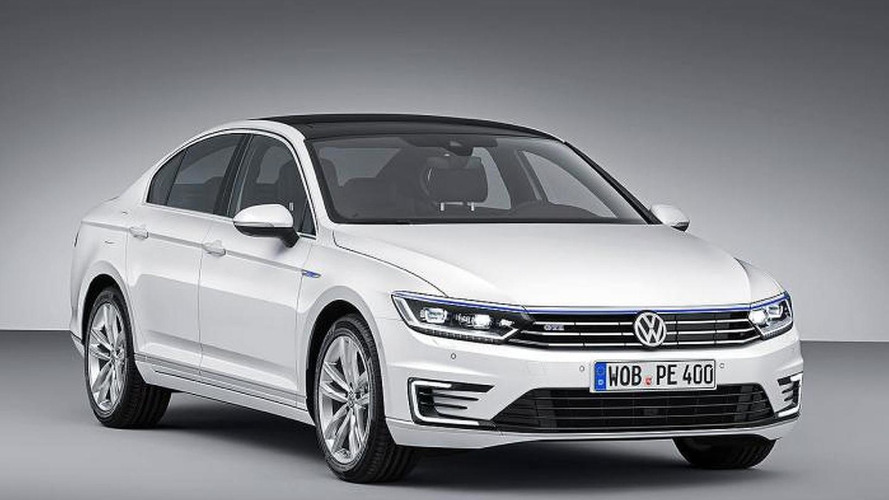 Volkswagen has unveiled the plug-in hybrid Passat GTE prior to its official premiere during the Paris Motor Show next week.

Based on the eight generation Passat, the model is the third plug-in hybrid from the German manufacturer after the limited-run XL1 and the Golf GTE. When sales start in the second half of 2015, the vehicle will be available in both saloon and estate body styles.

Visually the GTE modification differs from the standard Passat with its blue accents on the radiator grille, the restyled front bumper with integrated C-shaped LED lights and the bigger alloy wheels. The interior benefits from a blue ambient lighting, a redesigned gear knob and a leather-trimmed flat bottom steering wheel.