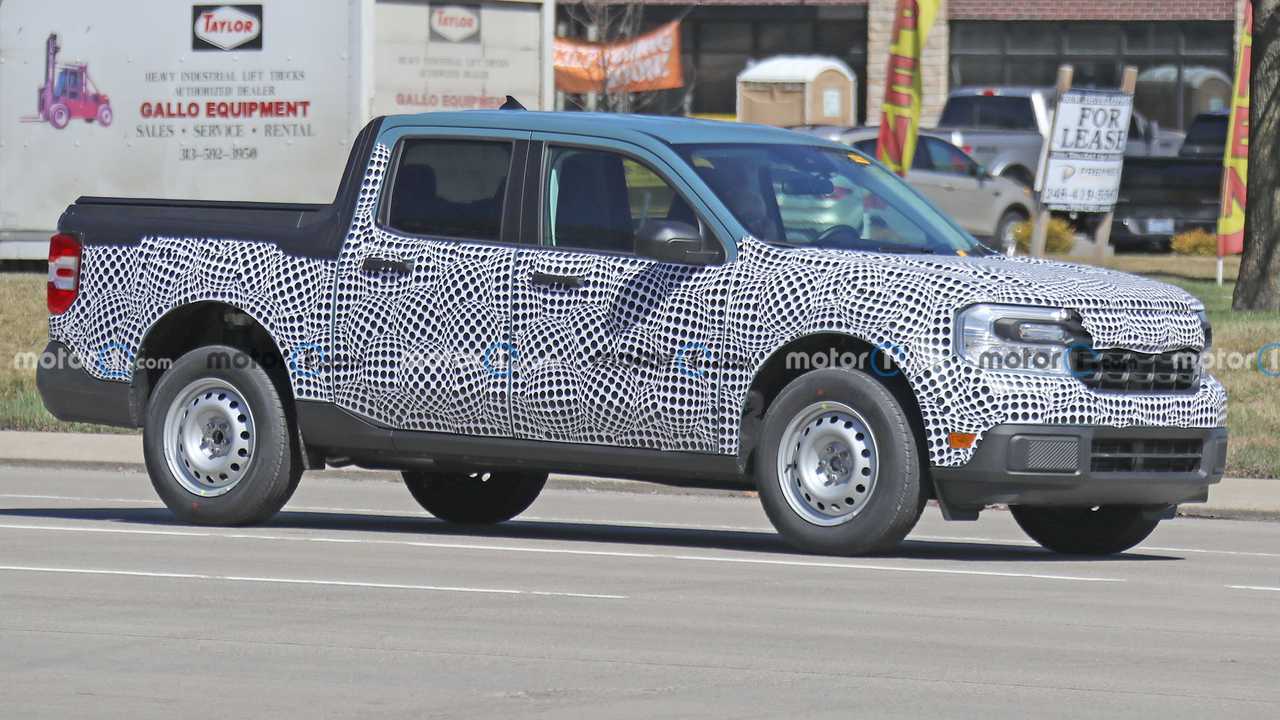 Here's the basic, entry-level version of the little pickup.

The Ford Maverick will be available in a large array of trim levels. These spy shots catch the entry-level model, and there's even a photo proving that this one is even front-wheel drive.

In front, this Maverick has halogen headlights and the bumpers are unpainted plastic, rather than being body color. It rides on steel wheels with fairly skinny tires. At the back, the sliding rear window from other development vehicles is absent from this one.

In the shot showing a closeup of the rear bumper, there's no sign of a differential, meaning this is a front-drive Maverick. You can also spot the twist-beam rear suspension. The exhaust routing is also interesting because the portion past the muffler bends upward, and it appears to be shooting the gases into the bumper.

The entry-level Maverick will reportedly start at less than $20,000. These photos suggest that buyers are getting a very basic vehicle for that money. While not ideal for many consumers, this bare-bones layout might be what some businesses are looking for general tasks that don't require a bigger truck like the Ranger or F-150. It's not clear whether this stripped setup would also be available with all-wheel drive.

2022 Ford Maverick Spied Without Any Camo During Photo Shoot

The Maverick rides on the same platform that Ford uses for the Bronco Sport and Escape. It reportedly gets their engines, too, meaning buyers would likely be able to get a turbocharged 1.5-liter three-cylinder making 180 horsepower (134 kilowatts) and 177 pound-feet (240 Newton-meters) of torque or a turbocharged 2.0-liter four-cylinder with 250 hp (186 kW) and 275 lb-ft (373 Nm) of torque. A hybrid might come later.

The Maverick will allegedly begin production in July, according to a rumor. If this is correct, then they might show up in dealerships in late summer or early fall. Ford builds them at the factory in Hermosillo, Mexico.