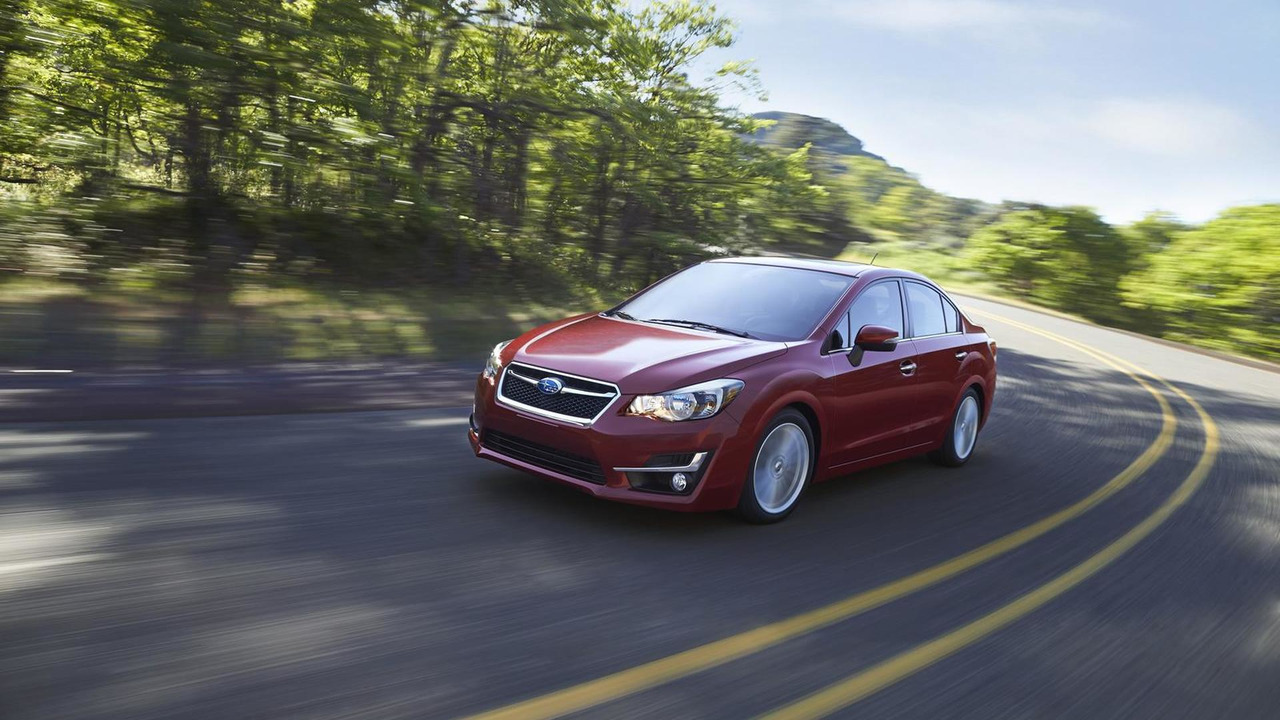 Subaru has launched the 2015MY Impreza which comes with a series of subtle changes both inside and out.

Subaru has launched the 2015MY Impreza which comes with a series of subtle changes both inside and out.

The model year change is bringing minor tweaks to the headlights, front grille and bumper which create a slightly more aggressive appearance for both four- and five-door models, with the former also getting a new rear lip spoiler and LED third brake light.

Step inside the cabin and there's now a standard 6.2-inch touchscreen for the infotainment system which offers a wide variety of functions such as Rear Vision Camera, HD Radio, smartphone integration, USB & AUX support, Bluetooth hands-free connectivity and audio streaming along with iPod control. The standard audio system has four speakers but upgrading to the Impreza 2.0 Premium will reward clients with a six-speaker setup.

The 7-inch touchscreen version optionally available only on the Limited & Sport Limited trims of the sedan now has voice command-controlled navigation system. The 2015 Impreza Premium & Limited trims now come as standard with a Lineartronic CVT and all versions benefit from a quieter cabin along with improved interior trims.