Vettel joined the Aston F1 team for the 2021 season.

Aston Martin had a rough 2020 as sales cratered alongside the launch of the brand’s first SUV, the DBX. However, 2021 could be brighter for the brand as the company begins the new Formula One season with veteran driver Sebastian Vettel joining the team. To commemorate his arrival, Aston published a video of Vettel getting behind the wheel of the new SUV, taking it through a scenic snow-covered landscape.

The video, titled “A New Beginning,” has Vettel pondering his new opportunity with Aston’s F1 team. “The new chapter together with Aston Martin is right in front of me,” he says, adding, “It’s a new family that I’m joining, and there’s a lot of excitement around.” It’s full of hope and inspiration, with plenty of shots glamorizing Aston’s DBX, which launched last year amid the coronavirus pandemic and corporate upheaval.

Canadian billionaire Lawrence Stroll agreed to buy a stake of up to 20 percent in the company early last year. The move also saw him rebrand his Racing Point F1 team into Aston Martin. In May of last year, Aston replaced CEO Andy Palmer with Tobias Moers. Moers had headed Mercedes-AMG, a role he’d held since 2013. Now, the company is focusing on electrifying its lineup, laying the groundwork for a robust EV rollout. The company has said it wants to abolish the gas-powered car from the lineup by 2030. 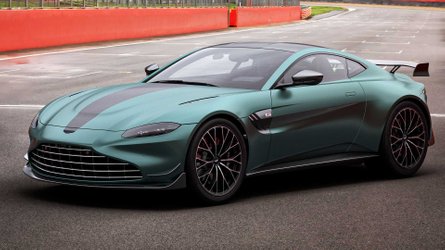 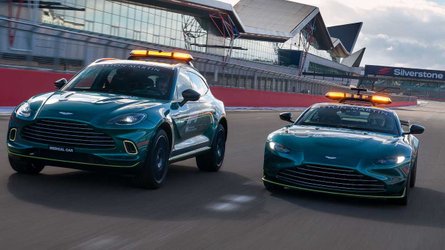 That bold strategy will begin in 2025 with the production of a new electric sports car and SUV. By 2030, Aston expects half of its lineup would be BEVs while 45 percent would be hybrids. Aston Martin is an automaker known for its luxurious and powerful grand tourers, but that alone couldn’t keep it safe from the crossover boom. Aston DBX deliveries began just last year, and it has big promises for the future that’ll take a lot of cash to fulfill.