Cadillac flagship to be called the CT6, company will rename all models 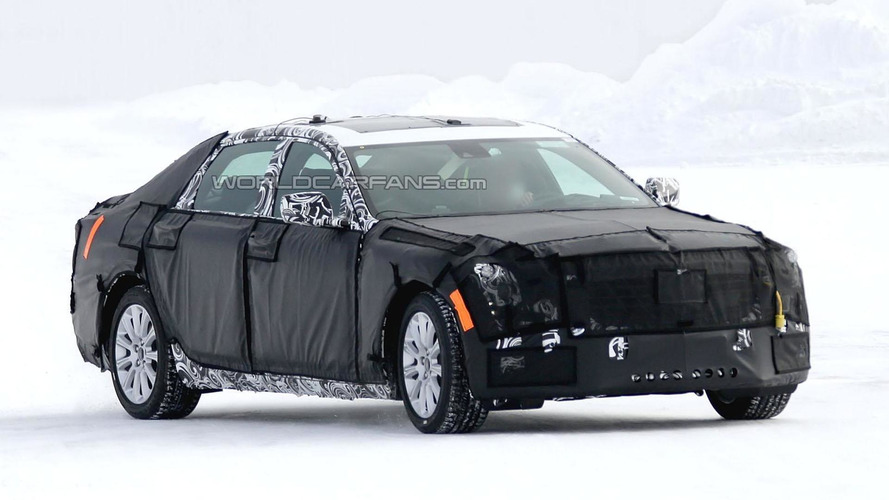 Cadillac has officially announced their upcoming flagship sedan will be called the CT6.

Cadillac has officially announced their upcoming flagship sedan will be called the CT6.

Set to go on sale in late 2015, the CT6 will "join the elite group of top-class large luxury cars" including the Audi A8, BMW 7-Series and Mercedes S-Class.

The company was coy on additional information but CT6 executive chief engineer Travis Hester said the model "will be the lightest and most agile car in the class of top-level large luxury sedans." He also confirmed it will ride on a brand-new rear-wheel drive architecture - codenamed Omega - and "employ a mixed material philosophy that combines the best and most efficient components optimized for each area of this new top-of-the-range car.”

Besides announcing the CT6 name, Cadillac confirmed they will adopt a "simplified naming convention" that uses the "CT" prefix and a numerical suffix that refers to the "relative size and position of the cars in the hierarchy."

According to Cadillac chief marketing officer Uwe Ellinghaus, "As we expand the portfolio, we can assist consumers in placing the cars within a structure, as they compare cars both within our showroom and across the market generally." He went on to say "... this will be an evolutionary process – we will only change a product’s name when the product itself is redesigned or an all-new model is created, as in this instance.”