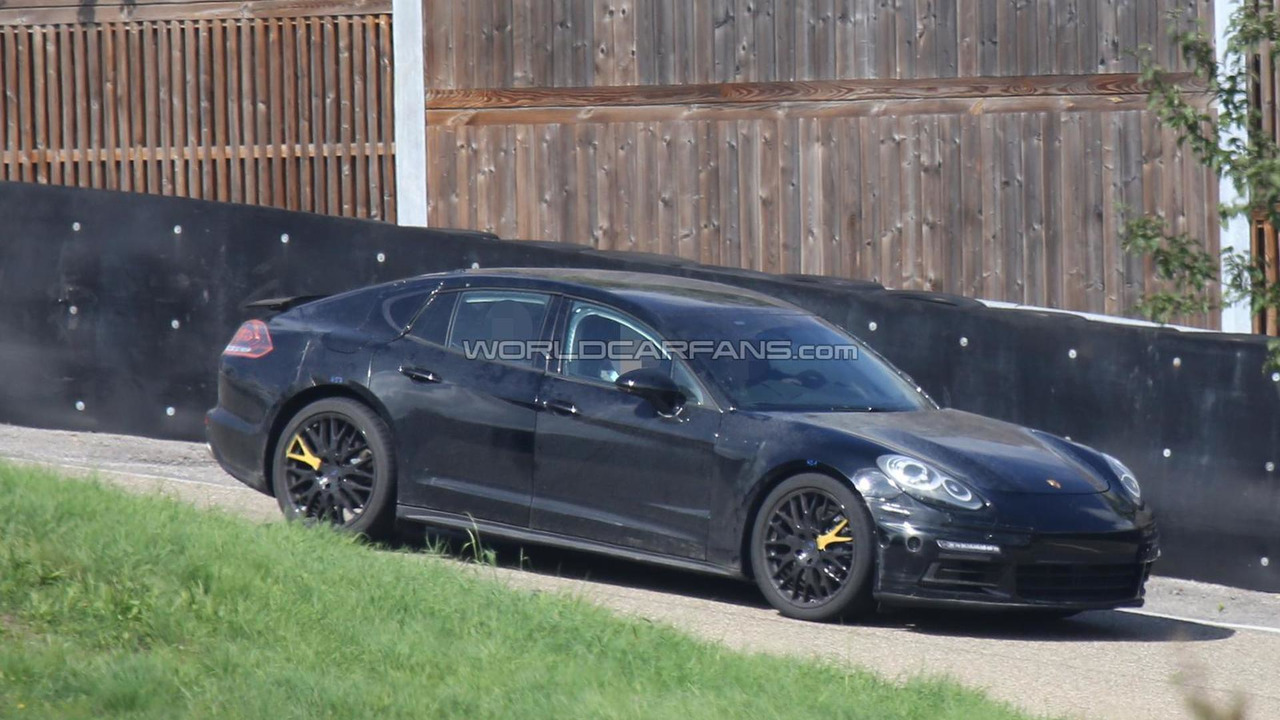 A prototype of the second generation Porsche Panamera has been spied undergoing testing.

A prototype of the second generation Porsche Panamera has been spied undergoing testing.

It was only a couple of days ago when we saw the second-gen Panamera carrying its own body and now we have one more look at the prototype. It appears to sit lower than the current generation and seems to be slightly longer as well which grants the four-door coupe with a sleeker appearance. In some of the spy shots you will notice the sunroof is open while in others you can see the active rear spoiler is much bigger.

Likely to borrow a few design ideas from the attractive Panamera Sport Turismo concept, the all-new Panamera is bound to lose up to 200 lbs (91 kg) as a result of making the switch to the MSB architecture. It could turn out to be the first model powered by new V6 and V8 engines entirely developed by Porsche which will be matched with both rear- and all-wheel drive systems.

An official reveal will likely occur in the second half of 2016 and later on during the car's lifespan there could also be a two-door Panamera featuring a soft or hard top.