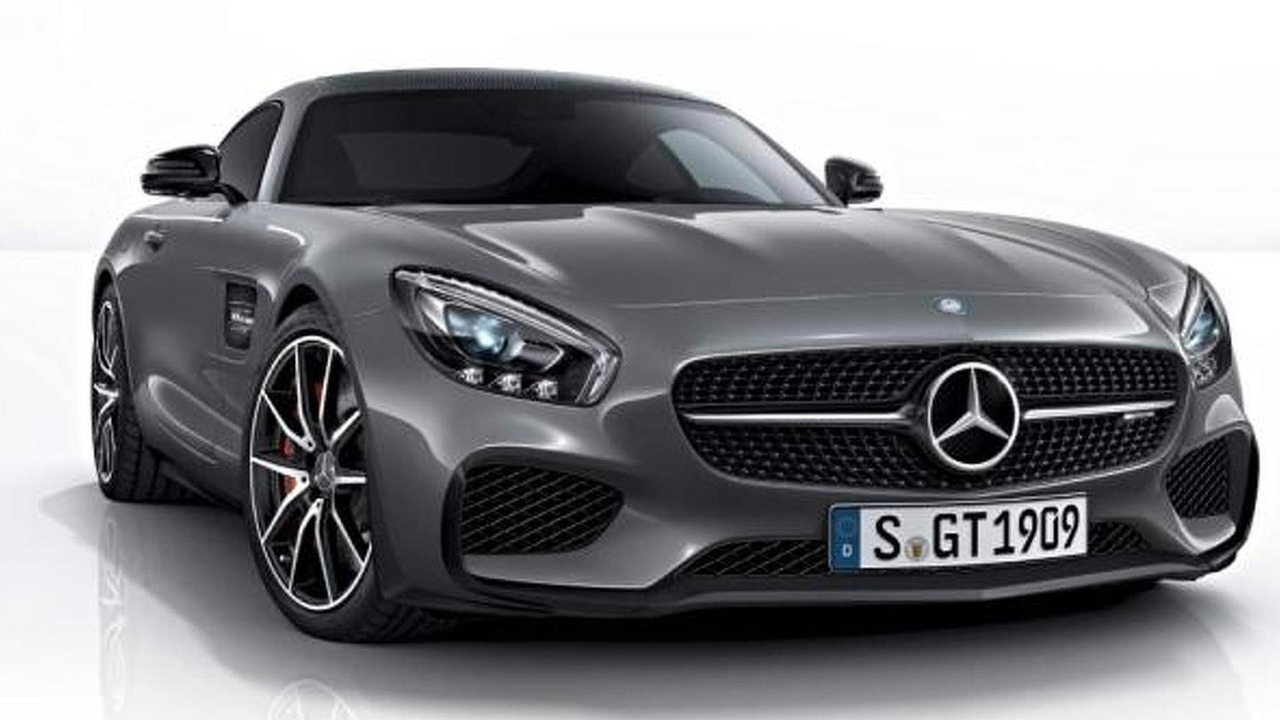 Our spies have sent us images of a camouflaged Mercedes-Benz AMG GT Edition 1 which will likely be revealed at the Paris Motor Show starting October 2.

Our spies have sent us images of a camouflaged Mercedes-Benz AMG GT Edition 1.

Mercedes-Benz recently developed a habit of launching right away "Edition 1" versions of their new products that are available only during the car's first year in production. However, they have taken a different path with the AMG GT as the Edition 1 was not unveiled on September 9 when the car came out online.

Now, we bring spy shots of the AMG GT Edition 1 which as you can see brings a number of changes, with the most obvious one being the fixed rear wing. In addition, both front and rear bumpers are camouflaged on this prototype which can only indicate they look different while the side skirts have been modified as well. The vehicle is wearing a matte grey paint and on the inside there's an "Edition 1" badge on the steering wheel together with yellow accents (as opposed to red) on the speedometer and tachometer.

Mercedes-Benz and AMG will probably bring the GT Edition 1 at next week's Paris Motor Show.