Volkswagen T6 officially announced, will be introduced in the 'foreseeable future' 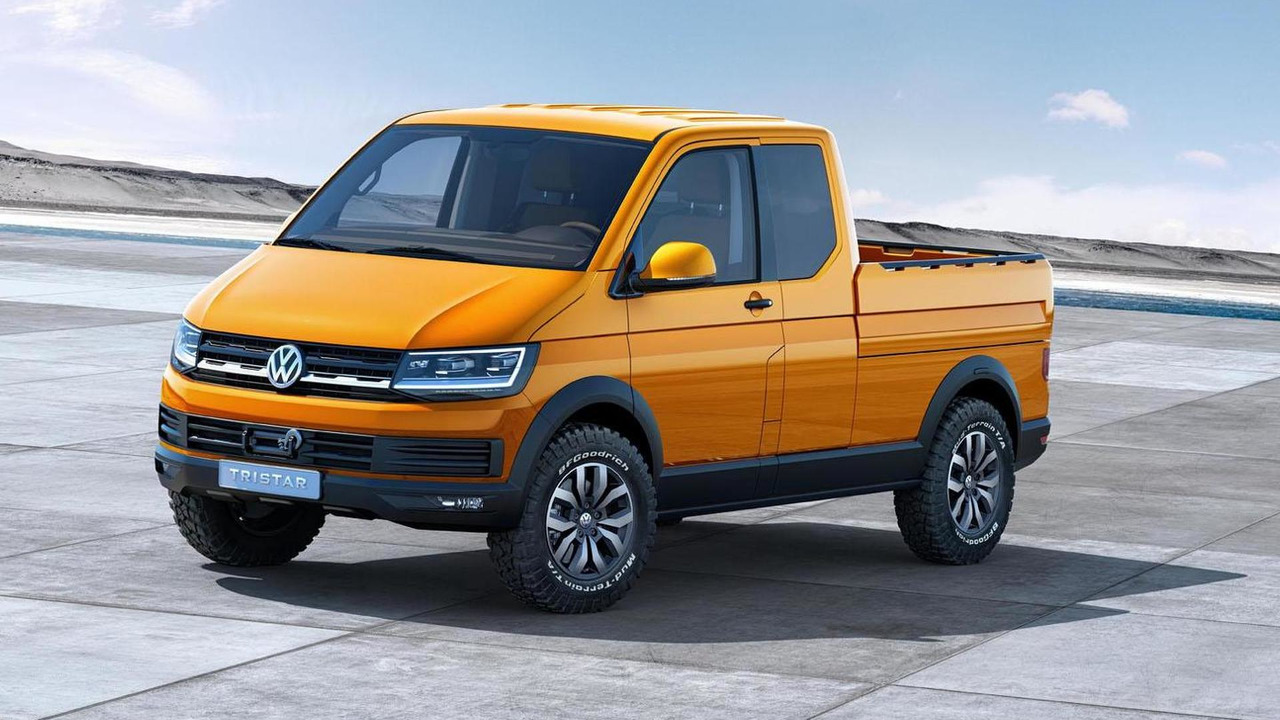 Volkswagen has announced the sixth generation Transporter (T6) will be introduced in the "foreseeable future."

Volkswagen has announced the sixth generation Transporter (T6) will be introduced in the "foreseeable future."

The announcement was made today during the Hannover Motor Show in Germany and chances are it will basically be a T5 facelift rather than an all-new model. We base this assumption on Volkswagen's following statement: "it will incorporate the excellent characteristics of the T5 and it will also feature a whole load of new technology innovations."

Details are scarce at the moment but Volkswagen says the Tristar concept is a preview of the T6's "various goods and passenger transportation solutions." We remind you the concept comes with a somewhat rugged exterior with a 30mm increased ride height, plastic body cladding and 17-inch rims. Power is provided by a 2.0-liter TDI four-cylinder engine rated at 201 bhp (150 kW) and 450 Nm (331 lb-ft) sent to a 4MOTION all-wheel drive system through a 7-speed DSG transmission.

In related news, Volkswagen has also announced the next generation Crafter is going to be the company's "first genuine world vehicle" as it will be offered in a wide variety of regions. Production of the vehicle will commence towards the end of 2016 at a new factory in Wrzesnia, Poland.

Gallery: Volkswagen T6 officially announced, will be introduced in the 'foreseeable future'