Last week, Jeep unveiled four concepts before the start of this year’s Easter Jeep Safari adventure. Today, Ford is trying to steal the show with four custom Bronco and one Bronco Sport concepts in Moab, previewing a range of accessories for the two off-roaders.

The automaker has teamed up with three of the leading off-road aftermarket companies to develop the new accessory options. The Blue oval proudly says it has worked with RTR Vehicles, ARB 4x4 Accessories, and 4 Wheel Parts, which are all busy preparing the new accessories in time for the Bronco’s summer launch. These parts will be available alongside the catalog of Ford-approved accessories for both the Bronco and the smaller Bronco Sport.

The star of the show for Ford in Utah arguably is the Bronco four-door Outer Banks with Sasquatch Package, which mixes the best of two worlds - high-tech factory features with off-road Ford-licensed accessories. The latter include JAC rock rails, fender flares by Air Design, and Trail Armor rocker panel covers by Lund. There’s also a 40-inch curved LED light bar and a retractable full-roof soft-top by Bestop. 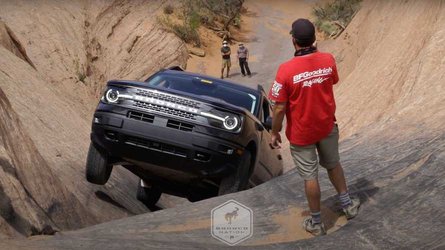 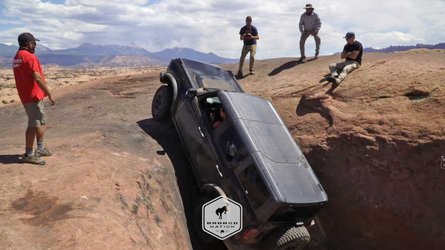 Ford describes the Bronco four-door SUV concept by RTR Vehicles, another off-road-ready study, as a “multipurpose heavy-duty” Bronco. It features custom rock sliders and a rear bumper, plus a 3D-printed grille and giant 35-inch Nitto Ridge Grappler tires. “RTR products are designed to turn heads and engineered to take off-road enthusiasts to their favorite destinations and beyond,” says Vaughn Gittin Jr., RTR president, and we believe this statement describes the concept perfectly.

The Bronco by ARB 4x4 Accessories, meanwhile, showcases high-performance off-road parts designed for both the two- and four-door Bronco models. Some of the upgrades include a heavy-duty differential cover, new bumpers, and rock sliders.

Last but not least, the Bronco by 4 Wheel Parts features a mix of components designed and built by the US off-road specialists. Among the showcased parts are heavy-duty suspension components, a custom roof rack and light mounts, and a Smittybilt overhead tent and camping gear.