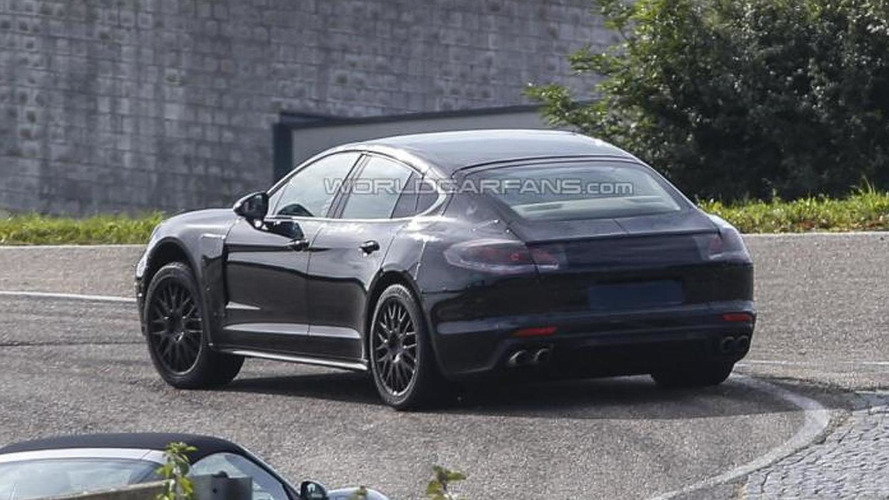 The second generation Porsche Panamera has been spied for the first time featuring its own body while undergoing testing.

The second generation Porsche Panamera has been spied for the first time featuring its own body while undergoing testing.

So far we have seen the all-new Panamera as a test mule using the current model's body but now we get a first look at the four-door coupe sporting its new body that adopts an evolutionary design while the headlight & taillight design is hidden under some stickers imitating the current style. The finalized product will likely take some styling cues from the 2012 Panamera Sport Turismo concept but overall the design won't change too much comparing to the current model.

Riding on the MSB platform, the second-gen Porsche Panamera is expected to lose some weight as a result of a more extensive use of high-strength steels and aluminum which could shave as much as 91 kg (200 lbs). Among the engines said to be offered there could be brand V6 and V8 motors developed by Porsche and set to be combined with both RWD and AWD configurations.

Interestingly, there are talks of a two-door derivative featuring a hard or a soft top but it's highly unlikely additional versions will be introduced from day one. The standard Panamera will likely be unveiled in the second half of 2016 as a 2017MY.

Gallery: Next-gen Porsche Panamera spied for the first time with its own body