Here Are The Classic Ford Broncos You've Never Heard Of 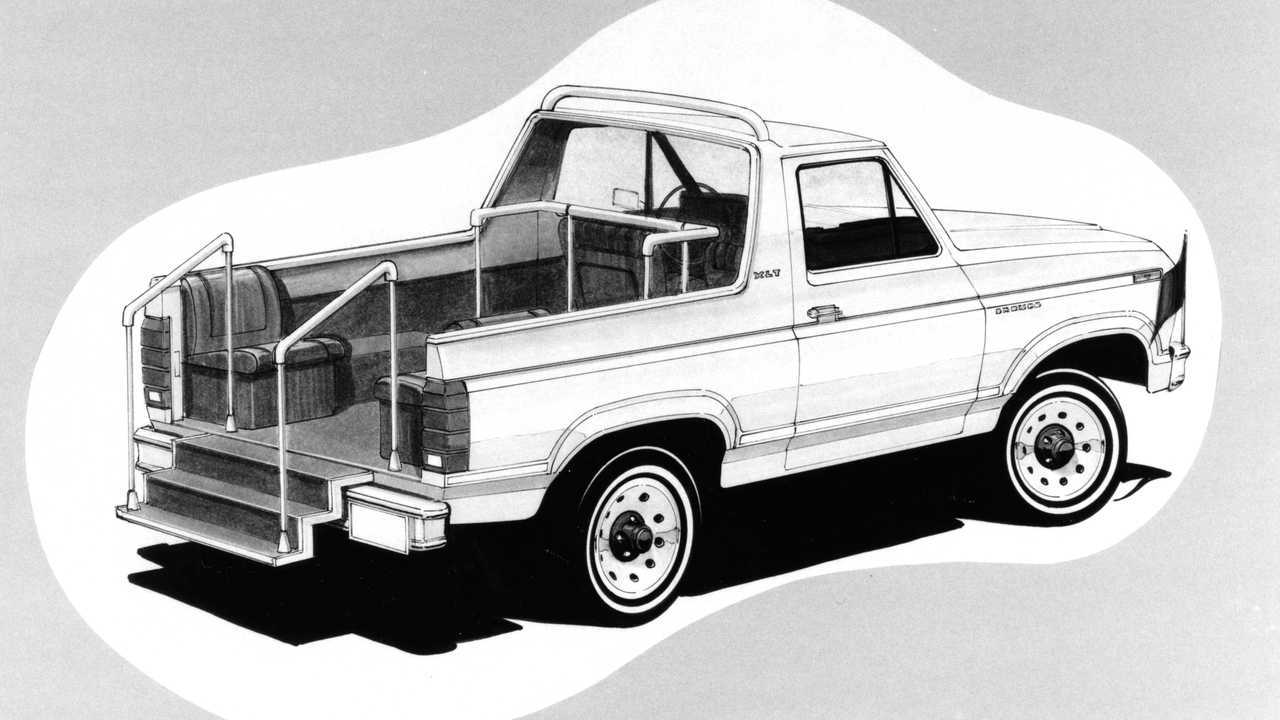 From the military Bronco proposal to the Bronco Popemobile, there are some oddities in the model's history.

The new episode of the Rambling About Cars podcast is an hour-long interview with Ford archivist Ted Ryan about the history of the Bronco. In preparation for the discussion, he shared a treasure trove of info and images chronicling the history of the SUV. To whet your appetite for the in-depth conversation about the model, we wanted to highlight some of the weirder things that Ryan shared with us.

In the early 1960s, Ford identified a hole in the market for a vehicle that competed with the Jeep CJ-5 and International Scout but with improved noise, vibration, and harshness levels than those vehicles. These sketches from 1963 show some early ideas for how the Bronco might look.

Listen To Rambling About Cars:

A Bronco Deep Dive With A Ford Archivist: Rambling About Cars #12
⠀

The front end is reminiscent of the F-100 pickup from the time by putting the Ford lettering above the grille, rather than inside of it like on the production model. Also, there's an angled B-pillar. Another sketch shows an idea for a folding soft top that would cover the occupants in front but leave the rear exposed.

The Bronco has always been a very adaptable vehicle, but we bet you didn't know about the one that the Arizona Public Service company modified for sniffing out natural gas leaks. Plastic hoses monitored the air and sent the data to a sensor inside the vehicle. While the SUV was on the move, a person in the back could monitor the readings to make sure there wasn't a gas leak.

Before introducing the Bronco, Ford investigated the cost of building a consumer version of the M151 MUTT. The math showed that it wasn't a financially viable project. Fast forward to years later when things came full circle with Ford's proposal for a military version of the Bronco. The US Army didn't adopt the vehicle, but we never knew existed, so we thought you deserved to know about it.

When Pope John Paul II visited the United States in October 1979, he rode in a custom Bronco. The vehicle featured a modified rear with a platform to stand on, bars to hold for support, and some seating space. Stairs provided easy access into the back. The company built three of them and turned the SUVs over to the Secret Service, which was handling security for the Pope's visit.

If you want to hear an hour of Bronco talk that's full of fascinating details about the model's history then make sure to listen to Rambling About Cars episode 12 when it goes live on Friday, March 26.