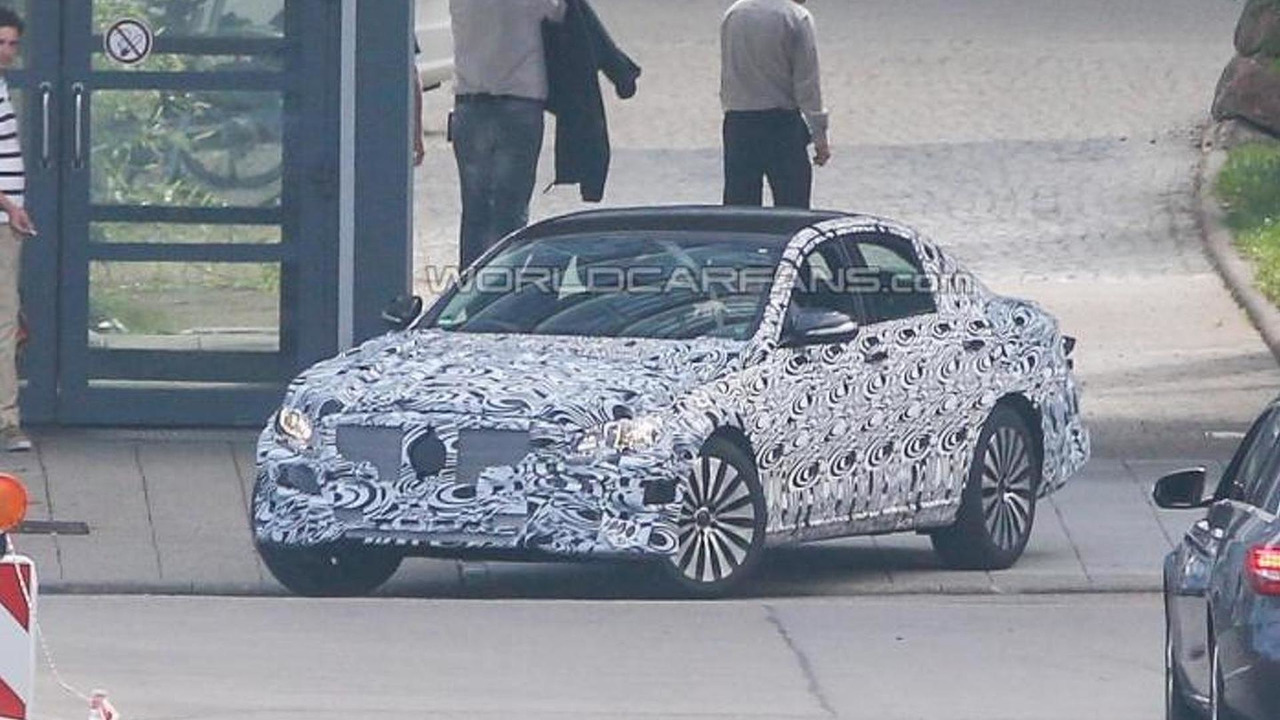 The all-new Mercedes-Benz E-Class (W213) is making a comeback in a fresh batch of spy images.

The all-new Mercedes-Benz E-Class (W213) is making a comeback in a fresh batch of spy images.

Several months ago we saw the next-gen E-Class wearing the new C-Class' body and now for the second time this week we check out the W213 generation carrying its own body. Heavily influenced by its C- and S-Class brothers, the new E will ride on the same MRA platform as the C and is bound to grow in size judging by the stretched wheelbase.

Despite getting bigger, the new E-Class will lose some weight as a result of switching to the new architecture and will reportedly get a family of straight-six gasoline engines that will range from 2.2 to 3.5 liters. The recently announced twin-turbo V8 4.0-liter engine which premiered in the AMG GT is a candidate to power the next E63 AMG.

Rumors are suggesting the E-Class W213 will go on sale at home in Germany in March 2016 which means an official reveal will occur several months earlier, possibly before the end of next year. As a reminder, the current generation E-Class was introduced early 2009 and received a massive facelift towards the end of 2012.