Tesla's Digital Gear Selector Is Even Weirder Than We Thought

An override for predictive gear selection?

When Tesla recently revealed the updates for its Model S/X vehicles, the interior quickly became the focal point of conversation. First came the yoke-style steering wheel – which many argued as a step backward in functionality – and now the gear selector (or lack thereof) has been spotted in a recent Twitter video. Keeping with interior simplification, forward and backward drive modes can now be selected via the central infotainment screen.

Along with touch-screen selection, vehicles will also be able to guess the direction of travel based on factors such as visible obstacles, context, and the drive map. We’ll let you decide if that’s a good idea, but should the chosen gear be incorrect, drivers will be able to easily override the action via the same area on the screen.

Much like the new interior, the reactions in the comments were a mixed bag. While moving the functionality from the indicator stalks to the infotainment screen and steering wheel provides a modern and minimalist interior aesthetic, there are still a number of people that aren’t convinced. As these electric vehicles are becoming increasingly potent off-the-line – with the Plaid+ model capable of sprinting to 60 mph in under 2 seconds – it provides cause for concern with being in the right gear.

It's Not A Yoke Anymore:

Tesla Expands FSD Beta To 2,000 Owners And Revokes It From Some
⠀ 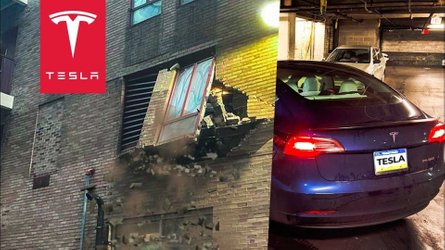 Having said that, Elon Musk remains confident in the performance and safety of his vehicles. The Tesla lineup remains a trailblazer in revolutionizing the world of automotive safety and technology; a position that is and always will be fraught with controversy.

Aside from the more contested bits of the new interior, it’s a genuine cut above previous models. Along with a clean and premium feel, rear passengers will receive an upgraded infotainment screen and better fitting seats. Semantics aside, Tesla hasn’t explicitly given us a reveal date but can promise that the updates are coming soon.