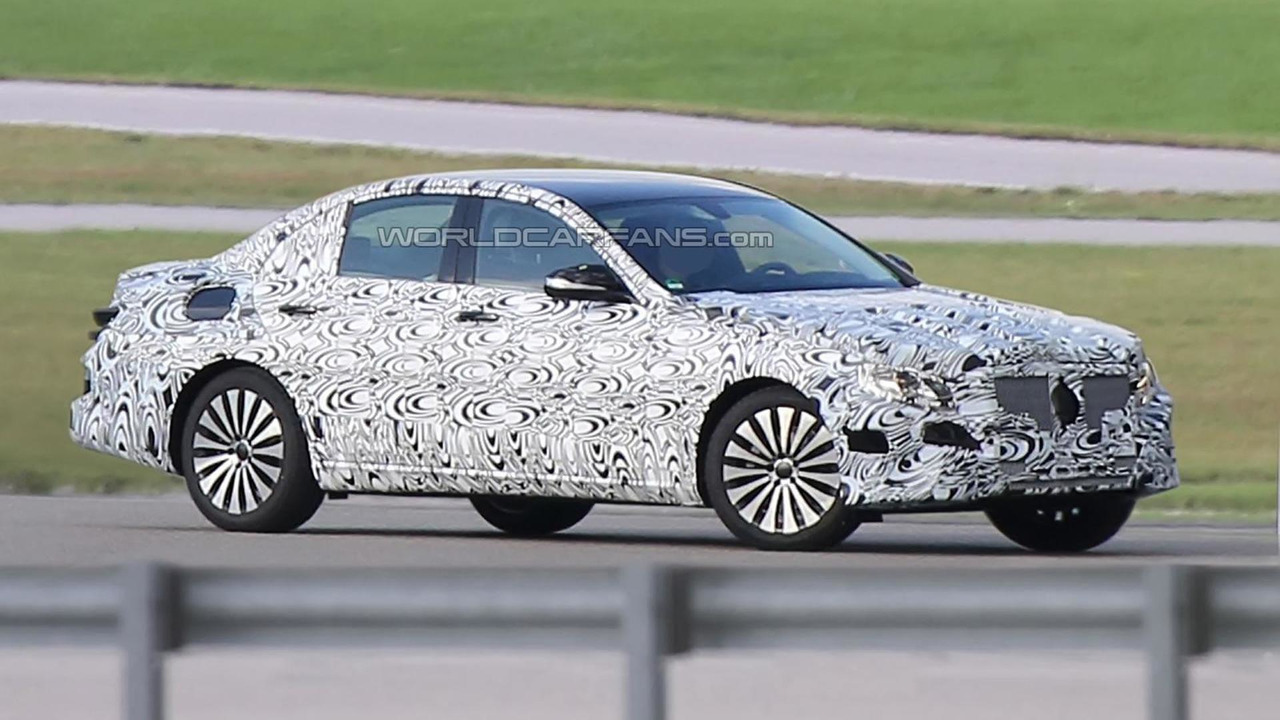 The next generation Mercedes-Benz E-Class has been spied for the first time featuring its own body.

The next generation Mercedes-Benz E-Class has been spied for the first time featuring its own body.

Work is well underway on the next-gen E-Class (W213) which we now can see with its proprietary body rather than as a C-Class test mule as depicted in several spy photos we published late June. There's not much to talk about in terms of design as the prototype was heavily camouflaged and looked like a bigger C-Class. Based on what we see in these shots, the E-Class features a slightly longer wheelbase than today's model so expect a more spacious interior.

It will ride on the same MRA platform as its smaller brother so the new E-Class is bound to lose some weight. It is believed Mercedes-Benz will have five versions of the model: standard sedan, long wheelbase sedan, estate, coupe and convertible. Overall, the styling is said to become sportier while the two-door versions will be bigger and more luxurious compared to the current models.

A new family of straight-six gasoline engines will reportedly be offered with displacements ranging from 2.2 to 3.5 liters. The E63 AMG will likely make a comeback with the newly developed V8 4.0-liter twin-turbo sourced from the AMG GT and the upcoming C63 AMG. Already available on the current E350 BlueTEC, the 9G-TRONIC nine-speed automatic transmission will be offered in the W213 generation E-Class.

According to a report issued earlier this year, the all-new Mercedes-Benz E-Class is programmed to go on sale in Germany in March 2016 so chances are it will unveiled towards the end of 2015.

Gallery: Next generation Mercedes-Benz E-Class spied for the first time with its own body