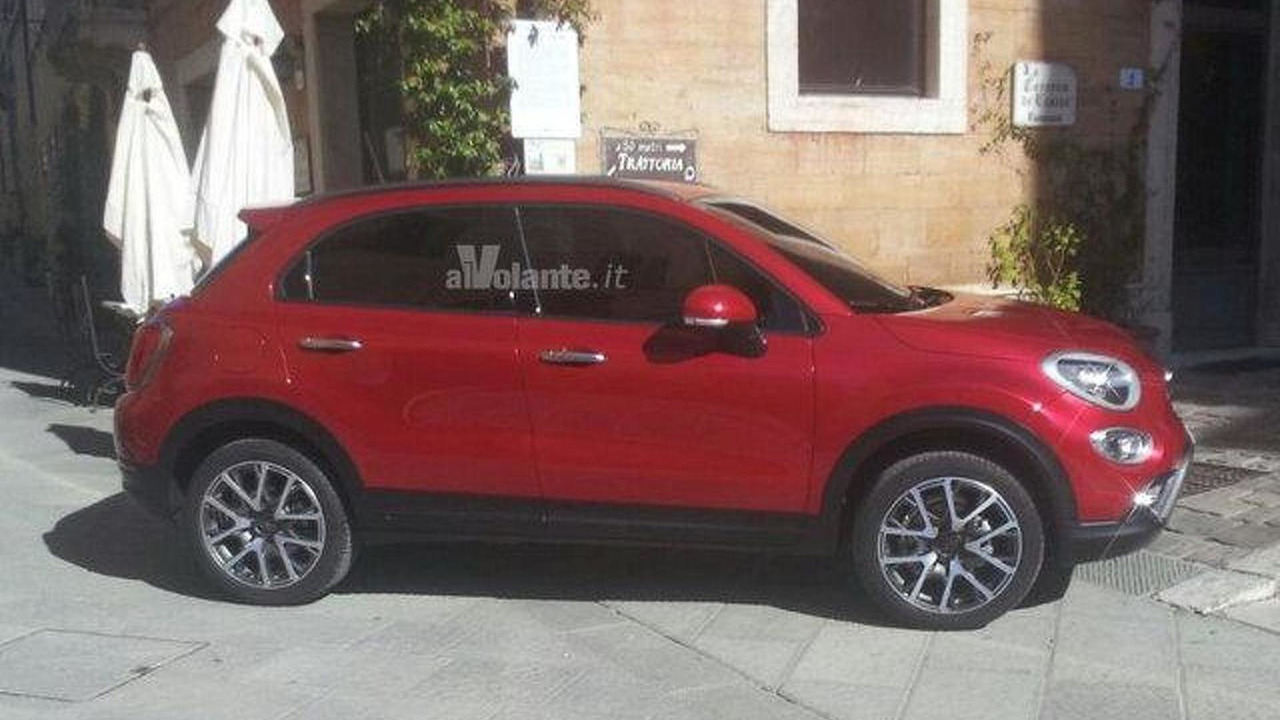 Several new live photos depicting the Fiat 500X have leaked to the web ahead of its public debut at the Paris Motor Show.

The images were taken in a small city in the Tuscany region, Italy. The compact crossover was spied filming a commercial, according to alvolante.it.

This is the first time we can see the rear end of the production 500X. Very similar to the Jeep Renegade, it features massive stop lights and a plastic protective fascia.

As reported before, the vehicle shares the same platform with the Jeep Renegade. It will be offered with a range of 4-cylinder MultiAir and MultiJet II engines and an optional 4x4 system. A six-speed manual gearbox will likely be available as a standard, while a nine-speed automatic or a dual-clutch DDCT will also be on the list.

The Fiat 500X is scheduled to go on sale before the end of the year with prices reportedly starting at around 18,000 EUR (23,320 USD). It will be available in two trim levels – Cross and Urban.