Highs and lows in 2014 for new Merc reserve Wehrlein 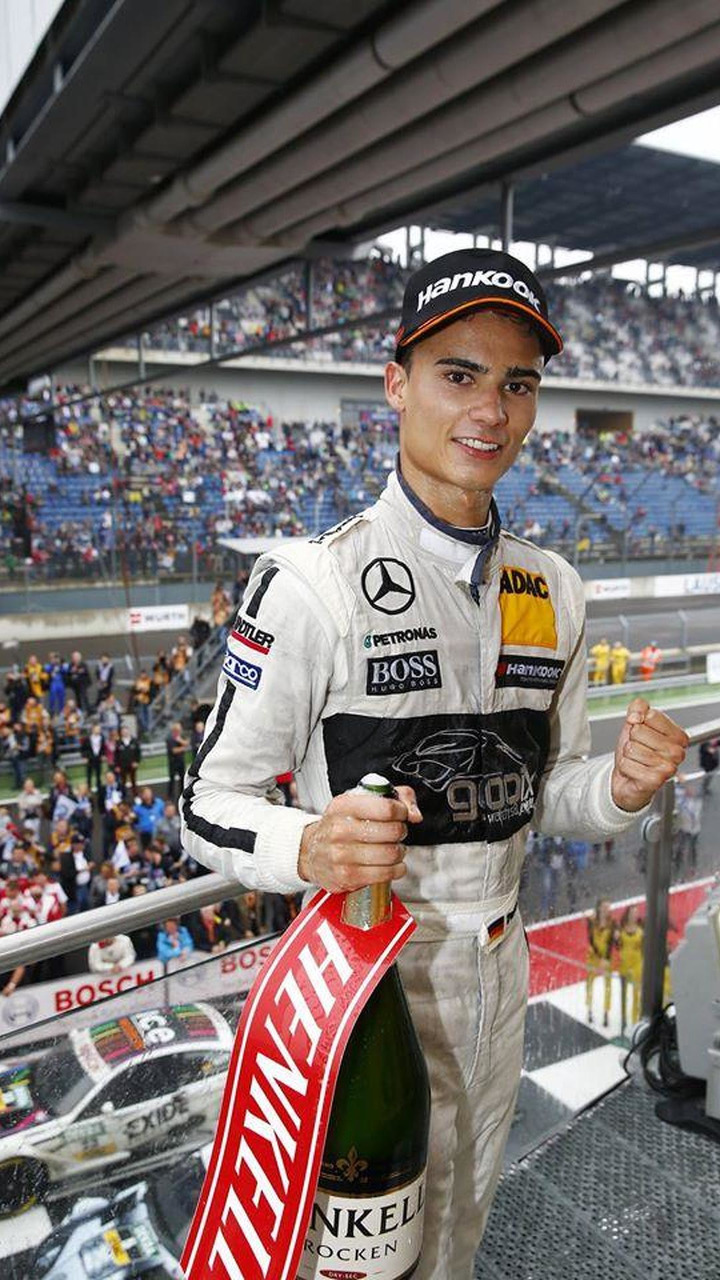 Pascal Wehrlein's 2014 has had both its dizzying highs and its appalling lows. The high has been the last few weeks -- the teenaged German became the youngest ever DTM winner at the Lausitzring last...

Pascal Wehrlein's 2014 has had both its dizzying highs and its appalling lows.

The high has been the last few weeks - the teenaged German became the youngest ever DTM winner at the Lausitzring last weekend, mere days after making his F1 test debut with his employer Mercedes.

Wehrlein has also been working hard all year in the Brackley based team's simulator, with Toto Wolff saying: "Aside from Nico (Rosberg) and Lewis (Hamilton), he is the driver most familiar with all the procedures of our (2014) W05 and therefore the right choice for the role of reserve driver."

He will begin travelling with the F1 team this weekend in Singapore, and is therefore first in line to race the dominant silver car if the title-warring teammates are unable.

But it hasn't been all smooth sailing for Wehrlein in 2014.

At the end of May, he and Rosberg were taking part in a promotional event for Mercedes as part of the German world cup team's preparations in Italy.

The road car driven in the demonstration by Wehrlein struck and injured two bystanders.

"Wehrlein swerved to the left off the course and then he hit them," an eyewitness said at the time.

Germany's Sport1 reports that one of the bystanders was so badly injured he only woke from his coma at the end of July.

But according to Wehrlein's manager Dietmar Kohli, there is no longer any risk of legal consequences for the young driver.

"Pascal is in close contact with the victim and his wife," Kohli said. "Both of us have visited him in the hospital."

He added that Wehrlein has dealt with the incident and its aftermath "very professionally".

Germany's Focus reports that, under Italian law, Wehrlein could only have been prosecuted if the victim had filed a formal complaint.

So local prosecutor Guido Rispoli agreed that it is "likely" the matter into the incident will be closed.

Earlier, Rispoli had clearly pointed the finger at Wehrlein, insisting the distance between Rosberg's car and the one driven by the teenager at 100kph was "clearly too low".

Gallery: Highs and lows in 2014 for new Merc reserve Wehrlein