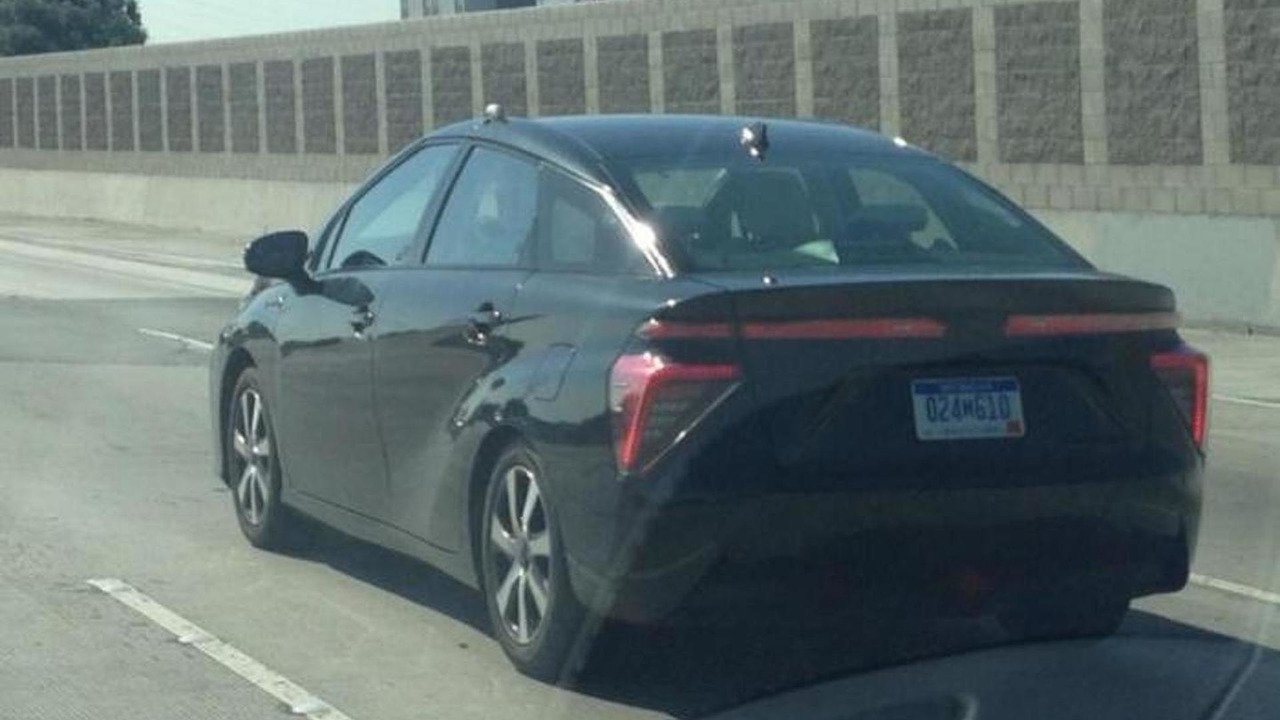 An undisguised black prototype of the 2016 Toyota FCV has been spotted testing in United States.

An undisguised black prototype of the 2016 Toyota FCV has been spotted testing in United States.

Edmunds editor Mike Magrath photographed the vehicle on a highway in California during the final testing phase as the model is slated to go on sale at first in Japan next April, followed by Europe and North America later that summer. It's essentially an evolution of the FCV (Fuel Cell Vehicle) concept and it is believed the production model will be commercialized with the "Mirai" name.

Toyota says the FCV / Mirai is the "car of the future" and at the same time represents "an important step forward for zero-emission vehicle technology." Final specifications have not been provided yet but from what we know so far the fuel cell vehicle will have a range of about 300 miles (482 km) and will do the 0-62 mph (0-100 km/h) sprint in approximately 10 seconds. A full refill of the hydrogen tank will take roughly three minutes so it takes just a little bit more than a regular gas stop.

At home in Japan, the Toyota Mirai (Japanese for "future") will have an estimated starting price of seven million yen (about $65,300).