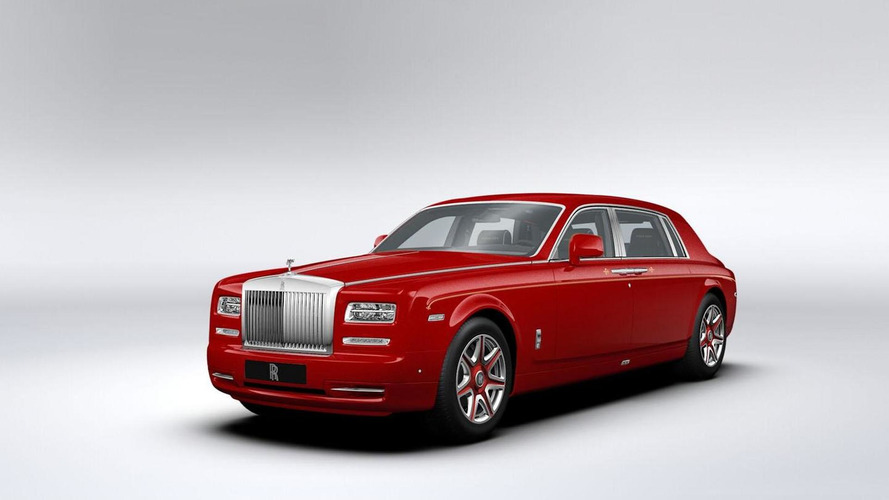 Rolls-Royce has announced Stephen Hung has purchased the largest Phantom fleet in the world.

Rolls-Royce has announced Stephen Hung has purchased the largest Phantom fleet in the world.

The order consists of 30 bespoke Extended Wheelbase Phantoms and two of them are the most expensive Phantoms ever commissioned thanks to numerous gold-plated accents on both the interior and exterior.

Rolls-Royce declined to go into specifics but they confirmed the cars will feature bespoke clocks designed and created by Graff Luxury Watches. The pictures also suggest the cars will have embroidered headrests, starlight headliners and special instrumentation.

The cars will be used for the new Louis XIII hotel in Macau which is slated to open in the first half of 2016.

According to Hung, "Macau is rapidly evolving into the luxury capital of the world and we are honored to have the opportunity to add to Macau’s many distinctions, the world’s largest fleet of Rolls-Royce Phantoms, including the two most luxurious vehicles Rolls-Royce has ever built. Louis XIII and Rolls-Royce Motor Cars share the same philosophy: to deliver the perfect experience to the world’s most discerning customers."