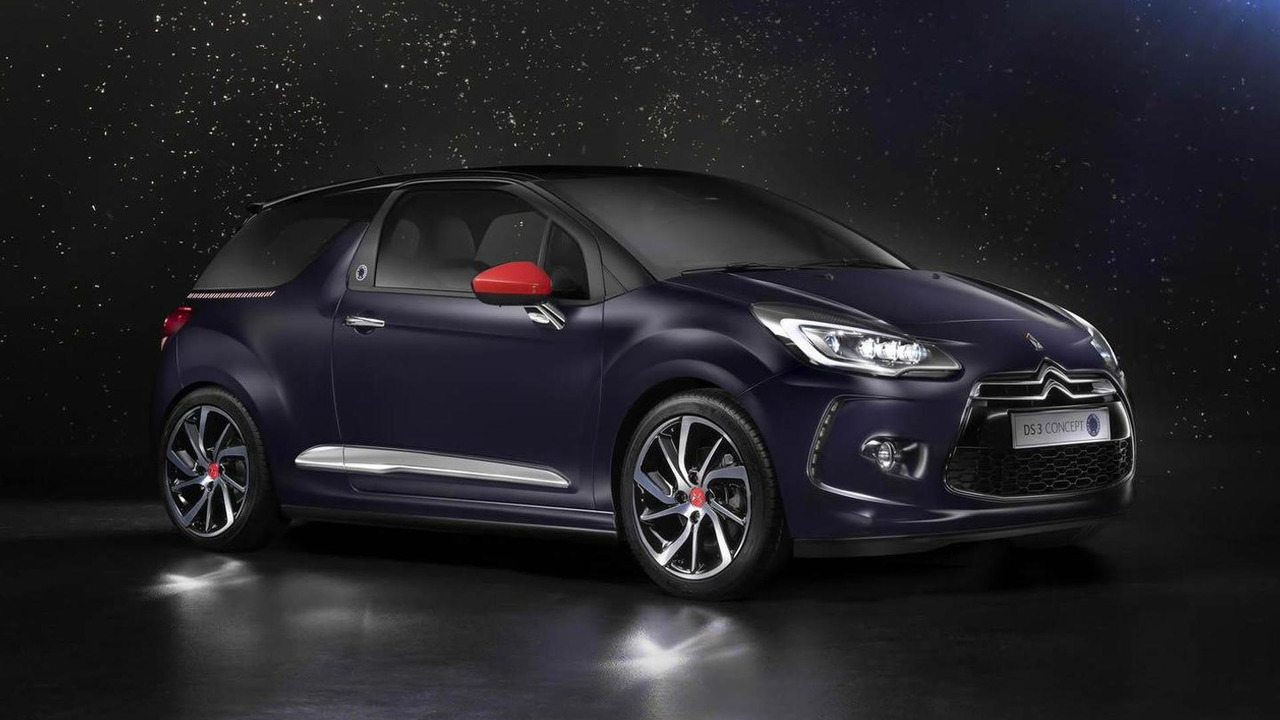 The French marque has joined forces with Ines de la Fressange Paris fashion house to create two DS concepts which feature several cosmetic tweaks both inside and out. The DS3 has gained a satin Ink Blue exterior paint complemented by the glossy Onyx Black roof while the DS3 Cabrio has a glossy Perla Nera Black body with a matte Infinite Blue roof and soft top.

Both concepts share a 17-inch set of diamond-cut Aphrodite wheels, Ines Red door mirror casings, the red & white & blue “Aéropostale” adhesive signature across the back, along with an enamel emblem mounted on the B-pillar and Innes Red surround for the DS logo and wheel hubs.

The same three colors were also used throughout the cabin of both cars which come with Granite Blue grained leather upholstery matched with white stitching. The headrests feature a similar Aéropostale signature and there are also protective mats with unique edging together with an enamel emblem in Ines Red on the dashboard.

Both concepts will be on display starting October 4 during the first public day of the Paris Motor Show.

As a side note, it seems Citroën has already started to delimitate its premium DS line from the regular models as in the press release the "Citroën" name isn't mentioned at all.