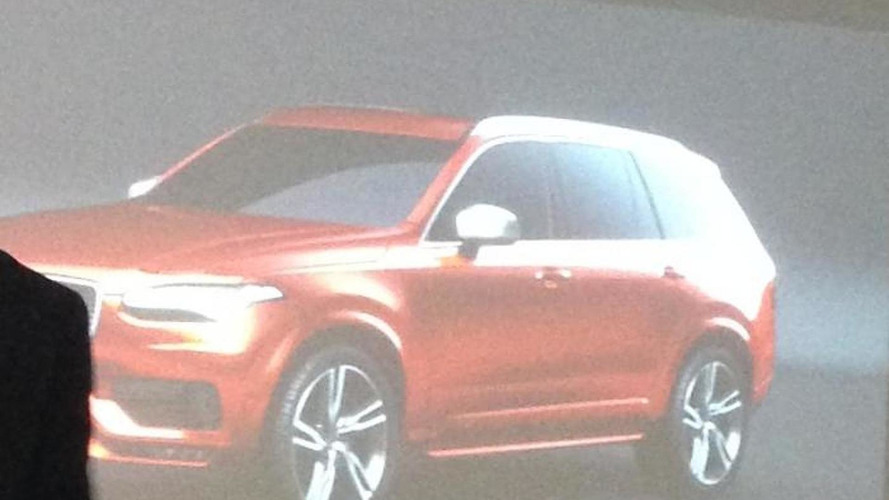 An anonymous tipster has sent us an image with the all-new Volvo XC90 shown in the more appealing R-Design trim.

An anonymous tipster has sent us an image with the all-new Volvo XC90 shown in the more appealing R-Design trim.

The image was posted by a member of swedespeed forums and depicts what appears to be an official digital render showcased during a private presentation. The man blocking the view is none other than Volvo's head of design Thomas Ingenlath who was probably explaining to the audience what's changed compared to the regular model.

It looks a bit too restrained to the point that some would have wanted a more aggressive styling to better differentiate the R-Design from the regular XC90. We notice the fresh alloy wheel design along with slightly altered wheel arches and a redesigned front grille without the chrome accents while the pattern seems modified as well.

We remind you that R-Design versions don't come with any mechanical upgrades and are usually available with just about the same array of engines as the regular models.

Note: The attached image may not depict the final production version.